'The First Purge' is Quintessential Action Horror for the Trump Era 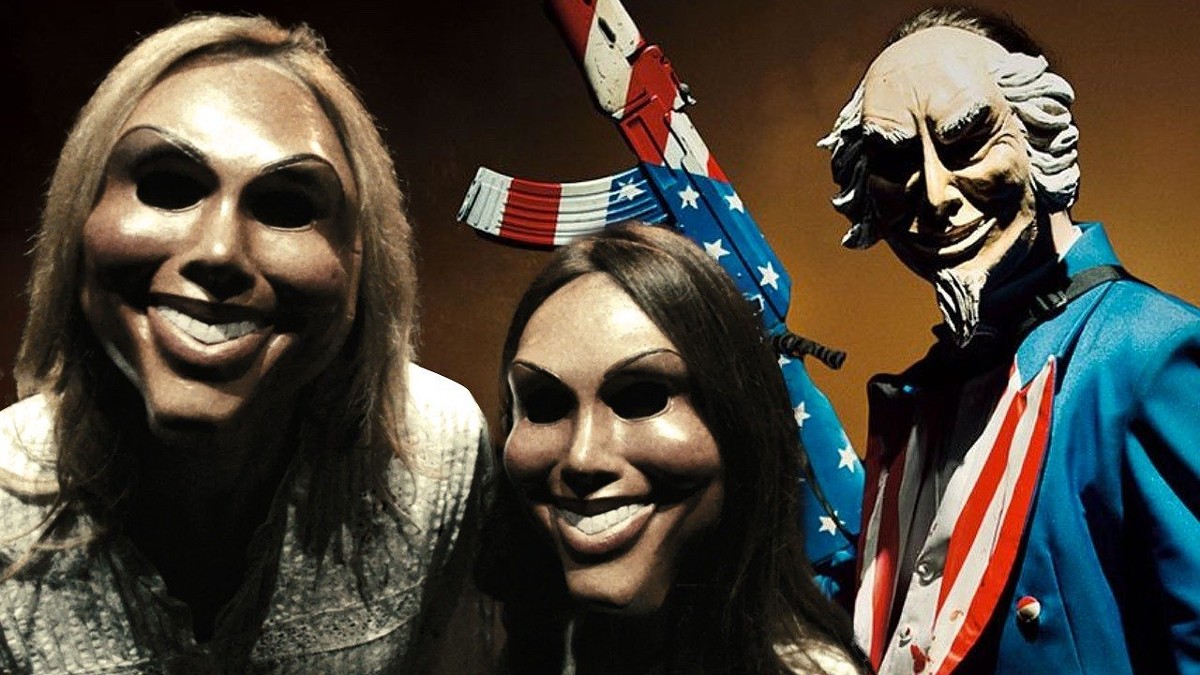 If you'd have told me in 2013 that The Purge, that painfully dull dystopian slice of wasted potential, would spawn one of the most provocative and socially important horror franchises of the modern era, I'd have offered myself to rich white kids in masks with machetes right then and there.

The First Purge, now showing in wide release, takes place in a near-future that is getting painfully close to our own reality, where an organization known as the "New Founding Fathers of America" have taken control of the United States with a plan to combat crime, poverty and social tension by allowing Americans one night a year to commit any crime they choose, including murder.

Given the popularity of things like "rage rooms," where people pay to break shit without fear of consequence, the New Founding Fathers may have been on to something. Unfortunately, as we've learned with the previous three Purge films, the government is using the night to essentially commit mass genocide against marginalized communities; namely, poor people of color who cannot afford the protections needed to stay alive on a night like this. The First Purge addresses the titular event, the introductory purge night, and it does so on the biggest scale of franchise history.

Directed by Gerard McMurry, The First Purge is the installment that fans have been waiting for. It's hyper-violent, it's socially relevant and it sometimes feels frighteningly close to becoming a possibility.

The previous film, The Purge: Election Year ended with a progressive Bernie Sanders plus Hillary Clinton-esque hybrid female presidential candidate surviving purge night, winning the election, and putting an end to the purge once and for all.

And then America elected a reality television clown ass to the presidential seat and The First Purge was born as a direct response to the current administration.

There are moments that are painful to watch, not because it's too intense or too gory, but because it resonates way too closely with how violence is currently perpetuated against people of color in today's America, and how it is completely ignored by the current political regime.

Y'lan Noel and Lex Scott Davis may be relative unknowns to audiences en masse, but they absolutely carry this film with precision and raw intensity. Marisa Tomei stars as the brain behind purge night and by the end of the film might as well be named "well-intentioned white guilt."

The First Purge is a bleak reminder of why organizations like Black Lives Matter and Occupy Wall Street exist and are absolutely necessary, but it's also wildly fun in delivering its heavy-handed message. See this one in a theater, trust me.