Too much exposition in Spike Lee's Kobe: Doin’ Work 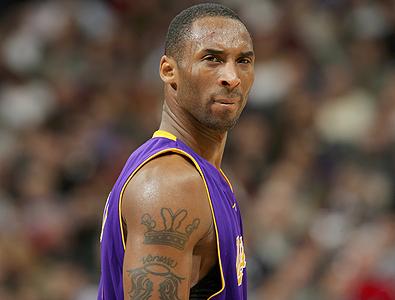 Spike Lee might have launched a series with his fine-but-flawed documentary, Kobe: Doin’ Work, which comes out on DVD tomorrow. Last year, Lee had total access to the soon-to-be-MVP basketball star during a game against the San Antonio Spurs and set up some 30 cameras to videotape a guy he calls “one of the most driven, passionate athletes playing today.” Inspired by Zidane: A 21st Century Portrait, the 2006 French film about soccer star Zinedine Zidane that made the art house circuit last year (it showed locally at the Cinematheque), Lee set out to make a movie that captured the intricacies of a high-caliber performance. One notable difference between Zidane and Kobe: Doin’ Work, however, is that Kobe: Doin’ Work has a voiceover that walks you through the film. The contrasts are striking.