'Wild Rose' Can't Take the Country Out of the Girl 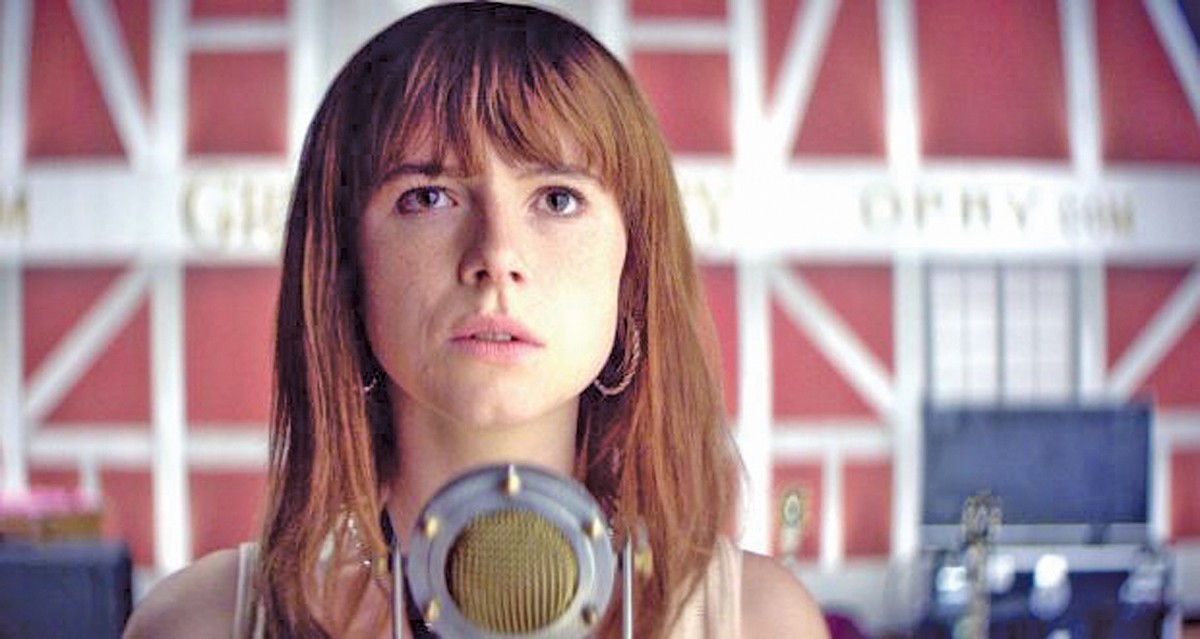 There's not much to criticize in the country-music-infused Scottish working-class drama Wild Rose. Nor, however, is there much to get overly enthused about.

Rose-Lynn (Jessie Buckley) is a young Glasgow woman longing to be a country singer. And she's got the pipes to make it happen. After a 12-month stint in the slammer, she vows to pursue her dream of making it big in Nashville, but the realities of work and parenting complicate the vision she had for her life. This low-heat, ultimately uplifting drama opens Friday at Cedar Lee Theatre.

Buckley is a perfect fit for Rose-Lynn, a fearless and rough-talking woman who's unable to fully take responsibility for the mistakes of her youth, mistakes she feels her mother (Julie Walters, of Molly Weasley fame) won't let her forget, two young children chief among them. Buckley was herself the runner-up in the 2008 BBC American Idol-style talent show I'd Do Anything and thereafter appeared in a revival of Stephen Sondheim's A Little Night Music in the West End (London's Broadway equivalent). American audiences will recognize her from her recent turn as Lyudmilla Ignatenko in the HBO miniseries Chernobyl.

As a showcase for Buckley, an up-and-coming ginger from southeastern Ireland, Wild Rose is an enormous success. It not only shows off her husky, mezzo singing voice, but also her rage and sass and spunk. In an early scene, she chugs whiskey and belts country tunes while vacuuming the carpets of her new employer, Susannah (Sophie Okonedo). When Susannah's two private-school kids arrive home, she jumps: "You look like something out of The Shining," she tells them.

But the film is slow. And while not exactly low stakes Rose-Lynn's future and the most important relationships of her life frequently hang in the balance — it's often low energy. The minor dramas that accrue in the buildup to Jessie's climactic decision (In a nutshell: career or kids?) feel nonspecific. Her two children never fully materialize as characters. A Susannah-as-benefactor storyline fails to resolve convincingly. And for all Rose-Lynn's country music fanaticism, we never hear her explain how she fell in love with it in the first place, or why, or even which artists she likes!

When Susannah finances a trip to London so that Rose-Lynn can speak with the BBC host of a country music show, the host tells Rose-Lynn that she certainly has a voice; all she needs is just something to say. The presumption is that she'll have to start writing her own songs if she wants to break out, but that's not depicted.

While Wild Rose is a fresh fish-out-of-water narrative, and the performances of both Buckley and Walters are powerful and heartfelt, the film lacks the grit of something like I, Daniel Blake, one of the best films of 2017, which also happens to be about working-class people and tough decisions in the U.K. But both Buckley and director Tom Harper are rising talents who we'll be seeing lots more of. For starters, Harper will return later this year with The Aeronauts, starring Eddie Redmayne and Felicity Jones.