Yorgos Lanthimos' 'The Favourite' is Among 2018's Weirdest, Best 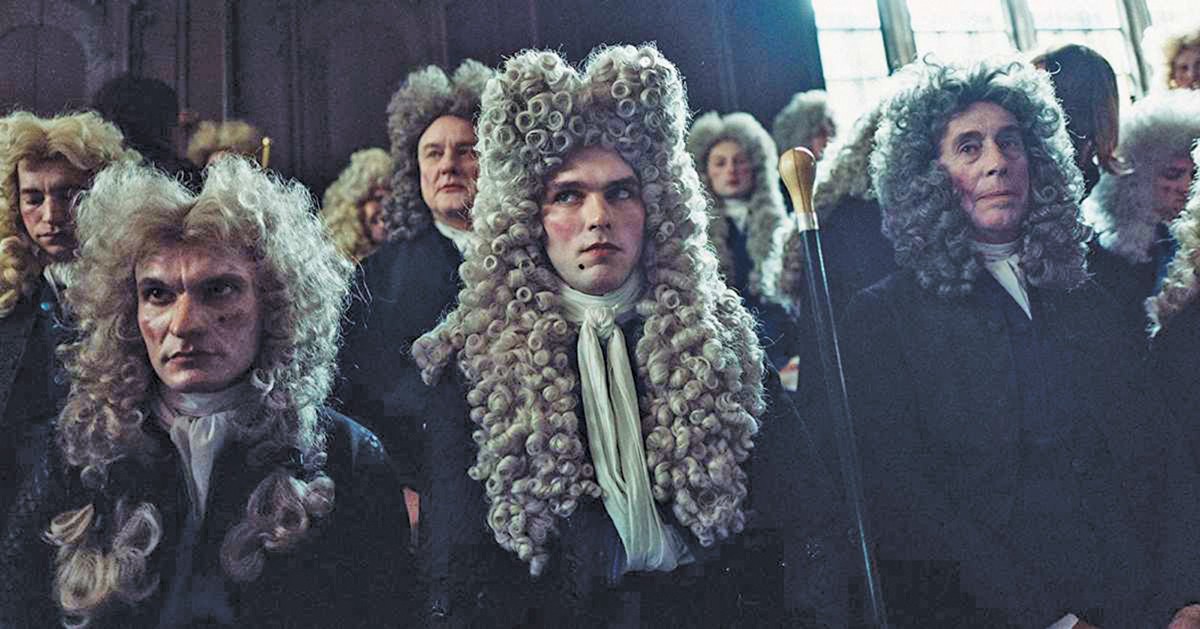 Yorgos Lanthimos, in only three short years, has become one of the most potent creative forces in Hollywood. On the heels of The Lobster (2015) and last year's The Killing of a Sacred Deer, he has directed The Favourite, a film that is somehow both more and less weird than his previous two, but equally rich in style, eccentricity and humor. Starring Olivia Colman, Rachel Weisz and Emma Stone, the film opens Friday.

Colman, (The Lobster, Broadchurch) is England's Queen Anne. She is an emotional roller coaster of a sovereign, often taken to temper tantrums, giggle fits, and explosive melancholy, which stems in equal parts from various physical maladies — gout, notably — and from loneliness. Her closest friend and advisor is Lady Sarah Marlborough (Rachel Weisz), who does much of the country's governing while Anne languishes in solitude.

Abigail (Emma Stone) is a former Lady who has fallen upon hard times. Her father gambled her away in a card game some years ago, she says, and she's been suffering rapes and abuse at the hands of assorted Neanderthals ever since. She arrives at the Queen's court seeking work, and quickly endears herself to Lady Marlborough, a distant cousin and, eventually, Queen Anne herself.

The Favourite's central conflict, then, is an escalating war between Marlborough and Abigail for the Queen's affections — her favor. This plot plays out, with devious twists and turns, among the baroque halls and bedchambers and manicured grounds of the Queen's court. The setting provides no shortage of shadowy corners for lurking, candlelit stairways for consorting and huge windows for suicidal leaping. There's also any number of ballrooms and grand open spaces within which the absurdity of aristocratic wealth and affectation can be properly — that is, parodically — captured. Lanthimos has the good comedic sense and incisive satiric edge to film some of this grotesquerie in slow-motion, as in for example the wigged members of parliament exhorting their personal ducks onward in a duck race, or hurling fruit at a naked man for some light afternoon entertainment. These buffoons are made up with so much powder and mascara and misshapen splotches of blush that they sometimes resemble a band of deranged clowns.

One can imagine the ways in which this identical script, in the hands of a different director, would have been radically different: A dark thriller by David Fincher, perhaps? A glam arthouse biopic with a contemporary edge by Sofia Coppola? A lush period drama about sexual liberation by Tom Hooper or Ang Lee?

But Lanthimos' film triangulates the humor and off-kilteredness in these characters' relationships and blows all the lids off. Instead of a prim, choreographed dance, Rachel Weisz and Joe Alwyn gyrate and leap and wriggle; instead of a tense or brutish sexual assault in the woods, Alwyn lunges like an NFL linebacker, fully horizontal, and Emma Stone kicks him in the balls and the face during a prolonged tussle; instead of a somber whipping scene, a guard rips open Emma Stone's dress from the back, and the head maid, sensing a rape, chastises the guard matter-of-factly: "Do it in the barn, if that's what it is, and not in my kitchen!"