BEFORE: 98 Degrees' first Christmas album cover in 1999.
Cleveland still loves boy bands, as seen with the parade of nostalgia-heavy acts rolling though the city all year long (and mostly selling well). Bands like Hanson, Boyz II Men and New Kids on the Block have already performed, and tonight, Ohio's own 98 Degrees takes to the Hard Rock Rocksino stage.

Armed with a slew of new holiday songs and old hits that the fans would riot if they didn't hear, the guys are ready to prove they still got what it takes. But what makes these (mostly has-been) heartthrobs and their ilk relevant in 2017? We've compiled a list of reasons boy bands continue to fuel the fire of fans’ adoration, including with tours to Cleveland:

1. Screaming is cathartic.
When the Beatles hit America in the 1960s, fans lost their minds weeping, screaming and fainting. And anytime a group of semi-handsome young men come to town to sing, dance and tear out hearts, that practice has continued.

"It was so loud and so overbearing that you couldn't really hear what you were doing," 98 Degrees' Jeff Timmons, originally from Massillon, recounted to Scene back in 2003 of his time doing stadium tours.

That's a lot of screaming.

But there's something about getting together with a bunch of like-minded music fans to watch a bunch of men dance and croon about on stage. Here, it's acceptable to scream. It's almost like screaming is the only natural chemical reaction imaginable. Which gets us to the next point:

2. Boy bands make you feel things, deep down. Last year, British GQ actually received death threats from One Direction fans who perceived the magazine as being too harsh on their favorite band. And while that's clearly taking it too far, it shows just how deep fan adoration runs. Certainly, these sorts of acts have always attracted a bevy of haters, but Daniel Goldmark, professor of music at Case Western Reserve University and director for the Center for Popular Music Studies, admits there's nothing wrong with liking these sort of bands in a healthy way. "I don’t see any problem with it, if people enjoy it. The boy bands are not doing anything that other groups out there are not also doing," says Goldmark over the phone last week. "You need to take it for what it is. You’re allowing yourself to be entertained, maybe you’re reliving a better time. Of course, we remember the good things and block out the bad things. So you’re enjoying a time that’s entirely self-constructed, and that’s great. You escape."
3. There's not anything actually wrong with their music.
Sure, the tunes are syrupy and poppy. Many of them are bad. But get a crew together like Hanson, who could write and play, or NSYNC, who could harmonize for days and had Justin Timberlake, and it's a lot harder to argue that this music sucks entirely.

Case and point: take a listen below and you'll be singing this tune all night.

4. Boy bands are mostly inclusive.
"People love boy bands because you can relate to at least one member," Backstreet Boy Nick Carter told CNN this summer. "Boy bands give people the right to be able to choose who their favorites are and who they can relate to. Everyone can find someone that they can call their own."

That's right, whether you're sporty, posh, baby or scary, with boy bands, there's someone for everyone.

5. Boy bands were made to sing Christmas music.
Christmas music is its own genre of schmaltzy, feel-good fodder. So combining boy bands with holiday tunes makes magic. Many bands find its a way to still stay relevant — check out 98 Degrees' new album Let it Snow right here.

But the best part about these ridiculous albums is that every year during the holiday season, you can dust them off, play and reminisce. About the good times, about the bad. These guys were so young back then, but so were you. 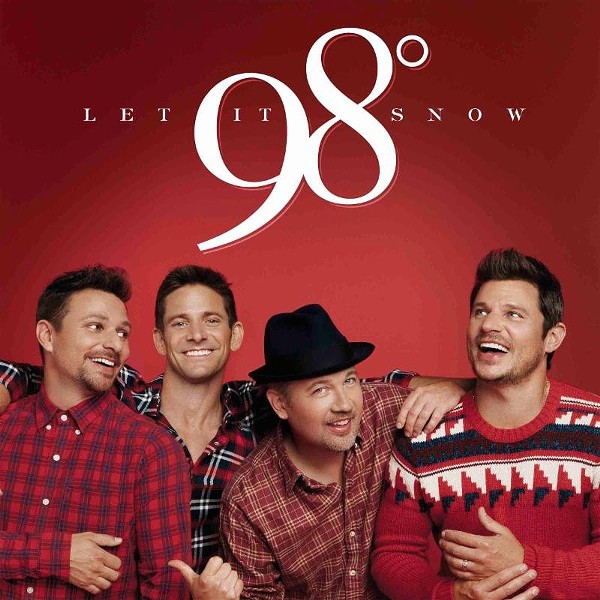