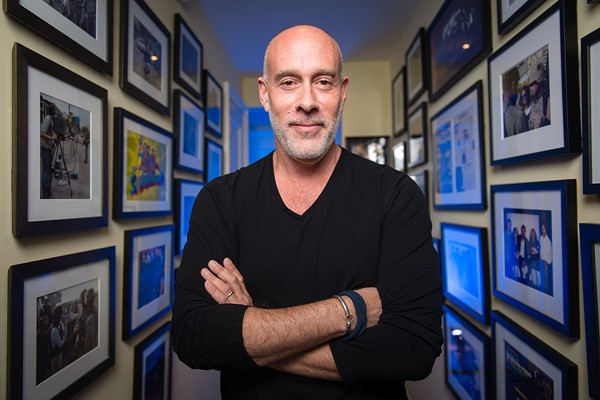 In 1991 when “Walking in Memphis” was breaking nationally, it was getting airplay locally on WMMS. For singer-songwriter Marc Cohn, a Beachwood native, it was a victory that had been a long time coming, as he scored his first hit with the track, which eventually peaked at No. 13 on the Billboard charts. Cohn has steadily toured and recorded since then. Expect to hear "Walking in Memphis" as well as tunes from his extensive back catalog at tonight's show. (Matt Wardlaw), 7:30 p.m. Music Box Supper Club.

Singer-guitarist Jesse Sloan Cherry (Cola Champions & Bethesda), singer-guitarist Ben Hendricks (Annabel), drummer Eric Sandt (the Ground is Lava/Heavenly Creatures) and bassist Dan Corby (of Bethesda), the members of the Akron-based indie rock act Curtail, say their band sounds like “if Sheryl Crow wrote songs for Archers of Loaf.” The Archers of Loaf part of that description is definitely on point as the tunes on the band’s excellent debut, All Your Luck, feature tender vocals and undulating rhythms that recall the aforementioned Chapel Hill-based band. The album sounds like it came right out of the '90s underground and evokes acts such as Superchunk and Pavement. (Jeff Niesel), 7:15 p.m., $8. Musica.

Many of the local artists performing at the Reggae Women Rock Against Cancer concert that takes place tonight at the Grog Shop have either had cancer or had a family member or friend who’s had cancer. As a result, the performers have decided to donate all the proceeds from the concert to two families in need. It's a cause we can certainly get behind. (Niesel) 8:30 p.m., $10. Grog Shop.

A Texas native, standout singer-songwriter Charley Crockett earned his street cred by hitch-hiking across the country at a young age and winning over the city of New Orleans, one impromptu street show at a time. With a wisdom well beyond his years, the roots singer crafted a well-written, fine-tuned fourth album with Lonesome as a Shadow. Dripping with old school country music influence, “I Wanna Cry” displays Crockett’s vocal and musical range. “Ain’t Gotta Worry Child” features Crockett’s soulful, bluesy side and comes off as a toe-tapping masterpiece, telling the story of being at the beck and call of a lover. (Halle Weber), 8:30 p.m., $12 ADV, $15 DOS. Beachland Ballroom.

Parrotheads will be out at Blossom en masse tonight as Jimmy Buffett and the Coral Reefer Band return to the venue on their Son of a Son of a Sailor Tour 2018. The tour marks the 40th anniversary of Buffett’s 1978 album, Son of a Sailor, which yielded hits such as "Cheeseburger in Paradise,” “Livingston Saturday Night” and “Cowboy in the Jungle.” You can bet you'll hear those tunes at tonight's show. (Niesel) 8 p.m. Blossom.