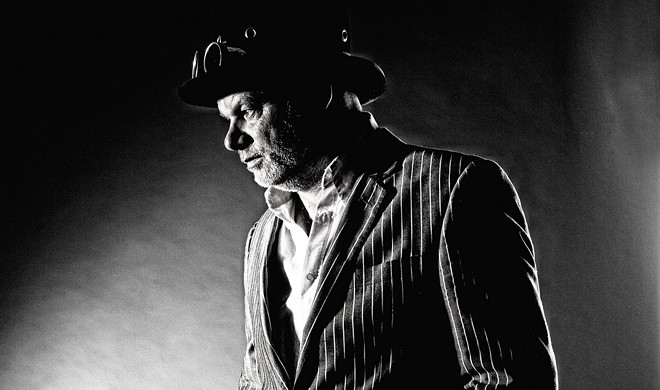 Working well outside even the fringes of today’s rock ‘n’ roll scene, Fred Eaglesmith is the sort of musician who cherishes storytelling in his songwriting. His is music meant for the road or the dance floor, where wild American dreams play out nightly. Following what his team has called “a fusion of rock ‘n’ roll circa 1966, Motown, and even Tejano influences,” Eaglesmith builds a rich world of characters and more than a few broken hearts. In weaving tales like that against a backdrop of toe-tappin’ rock (his band is excellent), Eaglesmith has honed one of the more enticing touring acts of the day. His wife Tif Ginn joins him for tonight's show. (Eric Sandy) 7 p.m., $20 ADV, $22 DOS. Beachland Tavern.

To fans both new and old, the best place to start before tonight’s show would be Dopapod’s live album, II Saw Live Dopapod, Evil Was II, the imaginatively titled follow-up to an earlier outing. Cue up “Faba,” which really seemed to anchor 2014's Never Odd or Even and here blossoms into a nearly 17-minute synth-trip beast. More of that and then some at the Beachland tonight! (Sandy) 8 p.m., $18 ADV, $20 DOS. Beachland Ballroom.

Local rockers 15 60 75 (The Numbers Band) have pursued a singular vision of blues, rock and jazz for 50 years, and they continue to maintain a busy live schedule and to write new material. To celebrate its fiftieth anniversary, the band will perform tonight at the Kent Stage and on Saturday, March 14, at the Beachland Ballroom. Band leader Robert Kidney has recorded and toured with Anton Fier and his Golden Palominos. He and his brother Jack have toured Holland twice and played in London. The entire band went to London to perform at the Royal Festival Hall in 2000. At tonight's show, ticket holders will have exclusive opportunity to purchase the new Numbers Band release, Endure: Outliers on Water Street. The release date of the album is still to be determined. (Jeff Niesel), 7 p.m., $25.  The Kent Stage.

A Celtic band from California, Gaelic Storm has has delivered seven No. 1 Billboard World Music Charting Albums during the course of its career, and the group regularly plays nearly 150 shows a year. On its latest effort, 2017's exuberant Go Climb a Tree, the band draws from traditional Irish and Scottish music and mixing in elements of rock, folk, bluegrass and country. "Shanghai Kelly," one of the album's highlights, is rowdy enough to evoke the Pogues. (Niesel) 8 p.m., $25 ADV, $30 DOS. House of Blues.

This co-headlining tour features two major country music stars. One of country music’s truest traditionalists, Lawrence has sold more than 13 million albums and has delivered 18 No. 1 songs. He's garnered numerous CMA and ACM awards and nominations as well as a Grammy nomination, and his latest effort, last year's Made in America, finds him championing patriotism in a rather predictable fashion. Moore also tends toward anthems. Expect him to deliver a full-band set that'll include party hearty tunes such as "Why We Drink," one of the highlights on his new album, Late Nights And Longnecks. (Niesel) 7 p.m. Wolstein Center.

To hear singer-bassist Danielle Nicole tell it, launching a solo career after she left Trampled Under Foot proved to be challenging. Many of the songs on her solo debut, 2015’s Wolf Den, stemmed from her Trampled Under Foot days. But with her latest album, Cry No More, she says she had “a clearer path” of what she wanted to do. Songs such as the gritty "Crawl," a song that finds her snarling, "crawl if you want love," and the blistering "Burnin' For You" have a particularly sultry feel to them. Expect these songs to really soar when she and her band deliver them tonight at the Beachland. (Niesel) 8 p.m., $18 ADV, $20 DOS. Beachland Ballroom.

Radical Face’s cult classic Ghost has been streamed over 150 Million times on Spotify alone, and the song “Welcome Home, Son” became the theme song for brand Nikon globally for eight years. Band leader Ben Cooper made the record in a shed behind his mom’s house in Jacksonville between midnight and 6 a.m. so he could record without car noises in the background. He wrote, produced, mixed, mastered and performed everything on the record as well as created all original artwork. Tonight’s show marks the anniversary re-release of album, which includes reinterpretations of original tracks for the album as well as a completely remastered version of the original version of the album. Icelandic singer-songwriter Axel Flovent opens the show. (Niesel) 8 p.m., $22 ADV, $25 DOS. Beachland Ballroom.