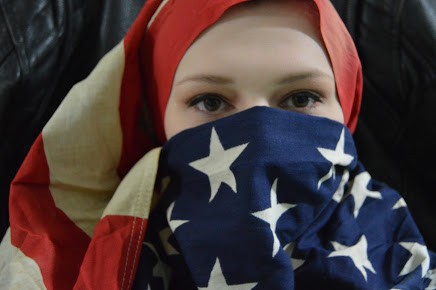 Courtesy of the Brecksville Theatre
A coming-of-age musical about three suburban teens struggling to “find meaning and purpose amid the paranoia, apathy and noise of a media-saturated post-9/11 America,” American Idiot became a smash hit when it made its debut on Broadway in 2010.

Based on the Green Day album 21st Century Breakdown, the musical also includes a handful of Green Day tunes, including “Boulevard of Broken Dreams,” “21 Guns” and “Wake Me Up When September Ends.”

A new local production of the play debuts on Friday, April 27, at the Brecksville Theatre.

“The [Green Day] album came out in 2004, and the Broadway production debuted in 2010, but any scan of recent headlines focused on record-setting protest marches, school violence, allegations of media bias and manipulation, and a myriad of other alarming issues reinforces just how relevant it remains,” he says. “Many Americans feel alienated and unheard."

He adds that while American Idiot comes from "a place of despair," the message is ultimately empowering.

"Art is revelatory and cathartic," he says. "Many in the community sought censorship of this production, creating quite the social media uproar and letters to the mayor, yet seeing our community, particularly young people, embrace the raw emotion of this storyline is inspiring. I think audiences will be impressed and leave feeling hopeful.”

Performances take place on weekends through May 13. Tickets are $15.