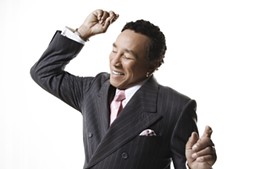 “It’s remarkable that it's the 20th year, and I feel so privileged to have a chance to steward it for the years I was part of it,” says Onkey, who’ll participate in her last Masters Series since she’s taken on a new position as Dean of Tri-C’s new Mandel Humanities Center. “It’s a unique program in trying to communicate the significance of some of the Rock Hall’s most influential inductees to new audiences. There are tribute shows and tribute albums everywhere nowadays. And there are lots of benefits. What Music Masters does is more than a tribute. It’s why is this artist important and what did they do. Our honorees are never the ones that people complain about. Music Masters asks why and then tries to communicate it to different audiences and people of different ages.”

The series commences with “Smokey Robinson and the Sensual Black Avant-Garde,” a lecture by writer and scholar Jason King. The event takes place at 7 p.m. on Monday, Nov. 2, at the Library Reading Room inside the Rock Hall’s Library & Archives. King regularly contributes to publications like Billboard, Buzzfeed and Slate. For his talk, he plans to “re-contextualize Robinson's masterful songwriting and production by taking a closer look at his inauguration of the innovative Quiet Storm format alongside purveyors like Roberta Flack, Leon Ware and Minnie Riperton.”

The festivities continue at 8 p.m. on Wednesday, Nov. 4, with an Evening with Members of the Music Masters Tribute Band in the Rock Hall’s Foster Theater on the 4th floor. Jason Hanley, the Rock Hall’s Interim Vice President of Education and Public Programs, will interview several members of the band that will perform at the Nov. 7 tribute concert. At 7 p.m. on Thursday, Nov. 5, at Case Western Reserve University’s Tinkham Veale University Center, esteemed rock writer Dave Marsh will give the keynote lecture. Then, from 10:30 a.m. until 3:30 p.m. on Saturday, Nov. 7, the annual Music Masters Conference will take place in the Rock and Roll Hall of Fame’s Foster Theater. The conference will celebrate Robinson’s impact on popular music and include a presentation by author David Ritz.

Onkey says the decision to pay tribute to Robinson wasn’t a difficult one to make. He’s been a candidate for the series for some time now.

“We were looking for somebody in the twentieth year that could put a different spin on the program,” she says. “We never covered Motown, and that opened a broad story. What’s significant about Smokey is that he’s important on three fronts. He’s important as a performer and as a songwriter but also as a businessman. He’s [Motown founder] Berry Gordy’s key collaborator and that range of stories that you can tell about him made him compelling for the twentieth year.”

Robinson, who grew up in Detroit, had a difficult upbringing, but like many of rock and soul music’s greatest talents, he found ways to overcome poverty and tragedy. In 1955, he formed the Five Chimes with friend Ronald White and classmate Pete Moore. That band would morph into the Matadors and then the Miracles, one of Motown's first signings.  It's a great American greatest rags to riches story.

“What has always struck me about [Robinson] is where does that kind of ambition come from,” says Onkey. “His songwriting is so good so early. He’s trying to reach for the stars when he’s really young. I’m amazed by that. He had this real ambition to make his mark in popular music in the broadest sense.”

Early on in his career when he first met Gordy, he carried a notebook with him that had 100 songs in it. That alone suggests his tremendous work ethic.

“I interviewed him in 2011 for our Hall of Fame series,” says Onkey. “He talks about his mother and loving poetry. He speaks in parables. He got together with Berry Gordy, who was already writing good songs, and there’s something in the alchemy of that relationship. The other thing about Smokey Robison — and sometimes we forget to say this about our great musicians — he worked really hard at his craft. He committed himself to getting better and taking advantage of that creative environment at Motown.”

After years of working with the Miracles until 1972, Robison successfully launched a solo career, delivering hits such as "Cruisin'" (1979), "Being With You" (1981) and "Just to See Her" (1987), moody ballads that show off his gorgeous upper-register voice. With his solo career, Robinson proved he didn't need to be part of a band to be successful.

“In his personal life, he wanted to get off the road and he was working in the business but it took a little bit of time before he really hits it as a solo artist but he was making great music out of the gate," says Onkey. "He certainly was always looking forward. He experiments rhythmically over the years. It might go back to the songwriting and having a good song. I think because he could go back to that, he was able to succeed.”

Several significant acts have signed on to perform at the tribute concert. Dennis Edwards, Martha Reeves and Mary Wilson — all of whom are Rock Hall inductees — will perform along with Grammy winner the Robert Glasper Experiment. Adam Blackstone, a guy who’s served as the Musical Director for acts like Rihanna, Janet Jackson, Maroon 5, Jay Z, Pharrell Williams and Justin Timberlake, will serve as the tribute concert’s Musical Director. New guests that have been added to the lineup and are now scheduled to perform include Avant, Avery*Sunshine, Bilal, JoJo, Eric Roberson and Michelle Williams. Robinson will be in attendance but isn't slate to perform. To open the concert, Case Western Reserve will bestow an honorary Doctor of Humane Letters degree upon Robinson.

“Jason [Hanley] and I have collaborated for years on this program,” says Onkey. “That was a goal of ours. We want to make [the gala concert] even more of a show. There’s some storytelling, but we’ll do that through video packages rather than having talking on stage. It seems to work. Audiences get the significance of the story. Now that there’s so much great performance footage video, which wasn’t the case ten years ago, it’s great to show that. People will see some really classic Smokey performances. People will walk out feeling like they get it.”