A Pool of Elf's Blood

With a new collection of rarities and outtakes, it's time to review Glenn Danzig's sinister contributions to modern culture. 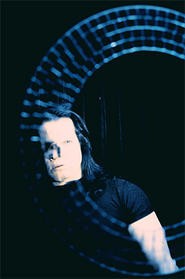 Glenn Danzig has many faces, and not all of them are twisted.
Thirty years ago, Glenn Danzig was a tattooed Misfit from Jersey singing about "Astro Zombies." Since then, the dude has not only splattered his DNA all over the dark underworld of punk, hardcore, goth, and heavy metal; he's also left bloody fingerprints on rock's broader culture.

With moments that evoke the Doors, Howlin' Wolf, and Sabbath, these records are slowly receiving recognition as rock classics. So now is as perfect a time as any for a compilation. Culled from 20 years of dusty studio leftovers, the new Lost Tracks of Danzig collects 26 unreleased songs recorded during a seven-album cycle that concluded with 2002's 777: I Luciferi and stretched back to Danzig's self-titled 1988 LP, his first collaboration with Rubin.

The multifaceted crooner opened his vaults and finished some of his favorite discarded songs. Rough, riff-driven tracks like "When Death Had No Name" took shape in the final days of Samhain, his gothic post-Misfits band from 1983 to '87. "Cold Cold Rain" would have made another fine power ballad for Orbison (who also recorded Danzig's "Life Fades Away"). "Come to Silver" -- which was written for Johnny Cash -- appears here in acoustic form. Various lineups cover T. Rex's "Buick MacKane" and "Caught in My Eye," a Germs classic.

"I wanted to make ["Caught"] darker and creepier, less punk, more just crawling-up-your-spine," he says. "Those songs, I pretty much Danzig-ized them. And that's my attitude: If you're not going to change a song, don't cover it."

Danzig, however, is usually on the other side of those covers. In addition to countless punk tributes, his songs have been reworked by My Chemical Romance, Guns N' Roses, and Metallica. Rock aficionados bow to him as a dark master -- but even if you don't know Samhain from Sam Hill, his numerous contributions to rock's dark side will ring a bell; witness 10 hits from hell:

1) Melodic hardcore: The Misfits material is some of the most consistently hooky punk -- if not rock -- period. Three decades later, blasts like "Ghoul's Night Out" sound surprisingly like perfect pop.

2) Skulls: With the Misfits, Samhain, and Danzig, those skull logos have become some of the most recognizable punk icons. Before it was cool to reference trashy pop culture, Danzig lifted the Misfits' skull from The Crimson Ghost, a B-movie serial from the '40s. He then appropriated the famous Samhain/Danzig skull from Crystar: Crystal Warrior, an otherwise forgettable Marvel Comic from the '80s. He did, however, write "Skulls." In that 1982 hardcore nugget, decapitation never sounded so fun.

3) Three goth/industrial albums that don't suck: Between 1994 and '95, he released Danzig 4p, 5: Blackacidevil, and 6:66 Satan's Child. They aren't what you'd expect from a hard-rock auteur, but they destroy your average darkwave disc.

4) Metalcore: The Misfits' 1983 LP Earth A.D./Wolfsblood hyper-blast was a prescient development in the fusion of metal and hardcore, which were not only distinct genres back then, but usually at odds.

5) Men in Black: The Danzig-penned "13" helped reestablish Johnny Cash's relevance; it's one of the strongest songs on American Recordings, the 1994 comeback LP from the original Man in Black.

7) Archetype/prototype: In addition to writing all of his bands' music and performing much of it on the albums, the buff former wrestler was also a photographer and illustrator. In true DIY spirit, he set the mold for the now-omnipresent hardcore singer/graphic designer, creating the layouts for early Misfits singles (as well as the visual presentations for all his subsequent projects).

8) Collectible vinyl: Early Misfits singles are the epitome of fetishized records -- pressed in batches of 25 to 2,000, with each batch sporting a different colored wax. (eBay's starting bid on a 12-inch white version of 1982's "Die Die My Darling" -- $200.)

9) Literate heresy: Unlike metal's dime-a-dozen blasphemies, Danzig's anti-Christian opinions are based on actual research. Holy Blood, Holy Grail was a favorite of his years before The Da Vinci Code. He's also a fan of the Bible -- the parts that early Christians deemed too unconventional. 2006's semi-symphonic Black Aria II is based on the apocryphal tale of Lilith. (The Black Aria discs are almost entirely one-man productions that put to shame all rock-band-meets-symphony schlock. Metallica, we're looking at you.)

10) A very Danzig Christmas: The king of Samhain appears in an Aqua Teen Hunger Force Christmas episode, where he makes the team's holiday by agreeing to pay a million dollars for Carl's house -- because it has a swimming pool full of elf blood.

Laughing, Danzig claims he's not too different from the cartoon version. The singer says that if he had no musical aptitude, he'd still be involved in the business somehow. He's kicking around the idea of putting together a book of his photography, pics he's taken over the years, from recent Danzig tours to a Sex Pistols/ Damned three-night-stand at CBGB's back in the late '70s.

Asked what he thinks he'd be doing if he had no talent at all, he has a quick answer: "I'd probably be killing people."