John Doe founded one of rock's greatest bands. Now he's an actor who raises Girl Scouts for a living. 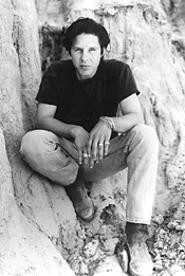 "Ah, just make the whole article about Girl Scout cookies," John Doe says with a laugh. Doe has three daughters, and he often gets caught up in their Girl Scout cookie wars. Following a set at Largo, a Hollywood singer-songwriter haven, a few weeks back, Doe pulled in a red wagon stacked with the sweet treats and successfully hawked 300 boxes to hungry rummies. His personal favorite: All Abouts and, of course, Samoas.

This is a long way from the Angry Samoans, Weirdos, and Germs that infected Hollywood's late-'70s punk-rock scene. Back then, Doe had just yanked up his Midwestern roots and planted them in a stinky squat in L.A. Then he went about forming X, arguably the best American rock and roll band of the '80s. X produced the only full-length LPs of lasting worth to come out of that entire early '80s L.A. scene; it later helped lay the groundwork for today's alt-country traffic jam. During its long run, X courted stardom, but never whored out totally; the band broke up in the early '90s with its credibility intact.

John Doe's subsequent solo career has often been held afloat by that hard-won cred. After a brief major-label stint, Doe has seen fit to stick to working with independents such as Kill Rock Stars and Spin Art. Sure, compared to X's Elektra days, the indies' distribution is sketchy and the promotion thin. But at least Doe knows these labels look at him as an artist, rather than a number. Hence the phrase "maintains integrity" comes up in nearly every article about John Doe.

"Yeah, well look," says Doe, "if a major offered me a ton of money, I'd do it. So there's my integrity. I went the indie route because that was the only route for me. After the first solo record on Rhino, I thought I wasn't happy there, so I figured I'd look around, and two years later, no one came to me. So eventually I got involved with indies, and I'm satisfied and fairly happy not having people tell me what to do."

Maybe it's the experiences with long-discarded music-industry weasels that allow Doe the patience to handle the even slimier TV and movie-industry weasels he now contends with as a character actor. Music is still his main squeeze; acting is his mistress, taking much of his energy the last few years. It started with small roles in cult flicks (most well known: Great Balls of Fire). For a season and a half, he also played a TV dad on the critically respected, ratings-neglected sci-fi drama Roswell.

Of course, more slime usually equates to more income, and Doe readily admits that his infrequent acting jobs pay the bills. But he's had fun along the way, working with friends on indie movies, and he takes the work more seriously as time goes on. "I did a lot of improv at a friend's workshop," says Doe. "The hardest part about acting -- you know, not to sound pretentious about it, but it's true -- is just being there in that moment, prepared for the emotion of the scene."

Having recently been passed over for two pilots, Doe is now concentrating on music again. His last two albums flirted with drum loops and freewheeling mixing experiments; now he finds himself settling into strumming-troubadour mode. "It's mostly acoustic," he explains. "I pulled in some friends [Jane Wiedlin, Jakob Dylan, Juliana Hatfield, among others] to sing harmony. The last three solo records have been pretty eclectic. So to keep everyone interested, let's keep it simple. Because that's what I was writing, but also because I think that's what people expect of me. Even if it's not experimental, it's still different from what I just did."

For his latest, Dim Stars, Bright Sky, Doe has hooked up with another indie, iMusic, an arm of Artist Direct -- "One of those big Internet companies that somehow survived the crash," explains Doe. "They have better distribution, a larger staff."

Hopefully, this will get Doe some deserved attention. Dim Stars is replete with plaintive, rootsy ruminations that never drag and slight harmony embellishments that make like the ghosts of the failed relationships he often surveys. While Doe claims he's stepped back into straight acoustic territory, the more fleshed-out tunes ("This Far," "Backroom," "Forever for You") are the standouts. And he'll supplant all the strumming with the trio he's assembled for this tour. "Through the years, with indie labels and all, your expectations are lowered," he says. "But just for your own pride, for how much you've worked on these songs, you want to work them, get out on tour. I'll tour on this record on and off all year. And we have some X shows coming up too."

Since getting together to assemble the Beyond & Back anthology in '98, X has set aside its old gripes to do frequent reunion gigs. Last year, the band dusted off the tapes again to remaster the X catalog for reissue on Rhino. Revisiting the old noise yielded revelations for Doe.

"The first revelation was, goddamn, that was a great band!" he beams. "The live stuff, especially, that we used for extra tracks. I mean, I know we were totally hammered, but we were tight. Then the most shocking thing was how much we fucked up the technical side -- mixing and mastering -- on the last three albums, where we should have been better at that by that point."

Any chance of some new X material? "Nah, I don't really write punk rock songs," Doe says flatly. "And X doesn't really need new material -- we've got more than enough stuff for reunion shows. Punk rock is of a time. You do it, then you move on."

So though notions of Top 10 hits are history, and the acting jobs haven't panned out of late, it's not as though John Doe is bored. As he says, "Hey, I still don't have a day job, so that's good."