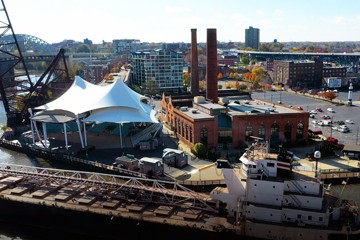 The agreement will take effect beginning with the spring 2022 season.

“The partnership provides support to help Jacobs Pavilion stay true to its established culture while continuing to drive growth and innovation that will expand the venue’s presence in the market,” reads a press release about the agreement.

AEG Presents will also work to restore and renovate the venue. In addition, Jacobs Pavilion at Nautica has signed an exclusive ticketing agreement with AXS that begins with the spring 2022 season.

“The Midwest has always been synonymous with an incredible live music scene, and Jacobs Pavilion is an important part of it,” says Rick Mueller, President of AEG Presents North America, in a statement. “We’re thrilled to be able to expand our presence in one of America’s great music cities, while also working with Jacobs Entertainment to bring an even greater experience for fans and artists.”

"[I] look forward to working with them over the next decade to enhance and expand the concert experience for Northeast Ohio’s many live music fans.”