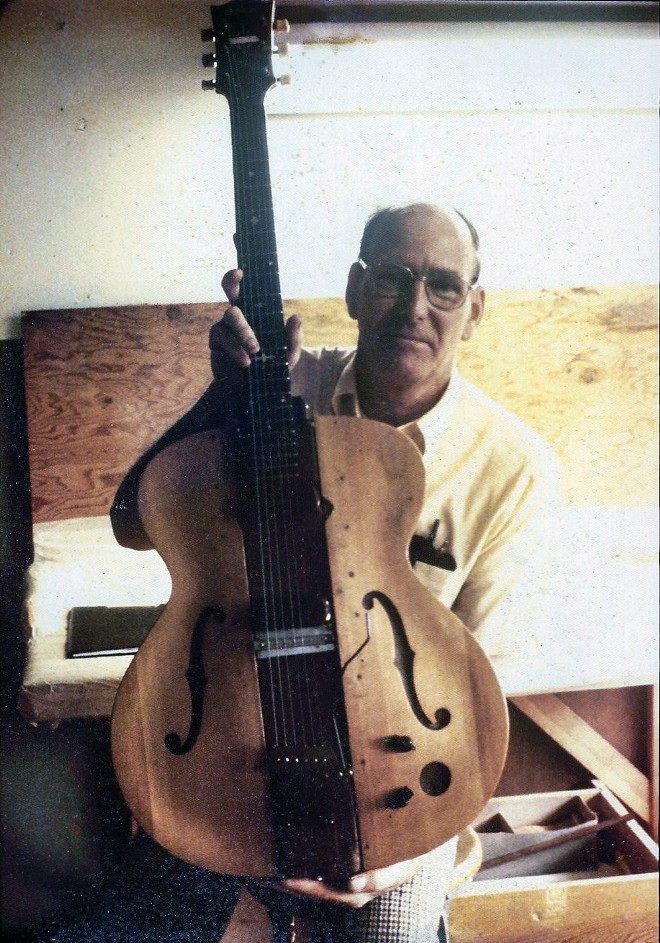 Courtesy of BetterKenmore
The late Virgil Lay.
Founded by guitar repairman Virgil Lay in the 1960s, Lay’s Guitar Shop is renowned for repairing, restoring, customizing and building guitars and basses belonging to acts such as Joe Walsh, Jimmy Page and the Black Keys.

The ceremony will take place at the intersection of Kenmore Boulevard’s South Alley and 15th St. and will kick off Kenmore First Friday, a night of live music in the Kenmore Boulevard Historic District featuring bands Big Pop and the Buffalo Ryders on the SIT Strings 15th Street Main Stage. Additionally, Lay’s Guitar Shop will host a guitar workshop and live music on the Main Stage from noon until 5 p.m. that day, and the Electric Company recording studio and the youth-based nonprofit First Glance’s hip-hop program will host live music in the McCutchan Courtyard/Live Music Now Courtyard.

The Beyonderers and Purple kniF, a New York-based instrumental band featuring the Waitresses founder Chris Butler and Kenmore native Johnny Teagle, will close out the evening at 9 p.m. at the Rialto Theatre.

“Before Kenmore Boulevard started evolving into Akron’s Music Row, Virgil Lay was pumping out guitars and strings from the basement of the old Kenmore Coffee Shop," says Tina Boyes, executive director of the Kenmore Neighborhood Alliance, the local community development corporation, in a press release. "Now, nearly 60 years later, Kenmore Boulevard is home to six recording studios, two guitar shops and a regional live music venue all within a stone’s throw of one another. July 1 will be a fitting tribute to a legacy that continues to grow with time.”

An exceptional steel guitarist, Lay first went into business with his brother Ray Lay and Lee East in 1962. The three founded Staff Music before amicably dissolving the partnership. East kept the Staff Music name and moved to Canton Road in Ellet while Lay established Lay's Guitar Repair at the corner of 13th St. and Kenmore Blvd.
In the late 1970s, while operating his repair business, Lay founded the Stay-In-Tune String Company (or SIT Strings as it’s known today) in 1980. By the end of the 1980s, Lay sold the guitar repair business to Dan Shinn — he'd been Lay’s employee since 1979 and still owns the business today.