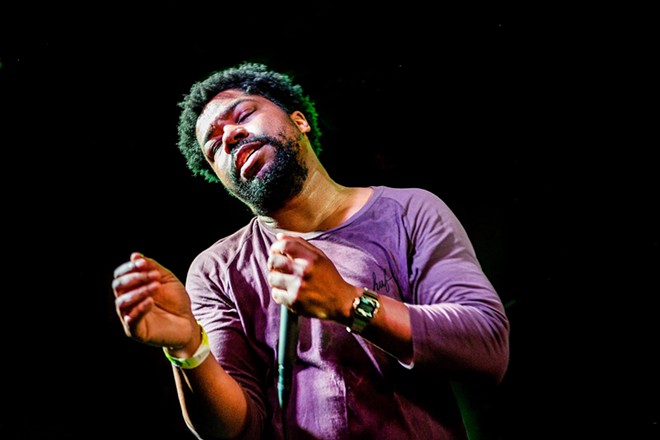 Part of a series featuring new audio and power peripherals, the new product video was recently shared on the Monster Forever YouTube page and began collecting views before the official announcement of the product’s release date.

"It was a really fun process working with the Clum Creative team on the video,” says Torres in a press release. “For them to use a local, independent artist as part of their work on a product launch as big as this one says a lot about Clum Creative and their commitment to the arts in Northeast Ohio."

“Floco was the perfect fit for the project,” says Kirk Norris, Creative Director for Clum Creative. “As a successful independent artist, he is the personification of 'hustle,' and that’s very much a part of Monster’s DNA as well. So, we built the concept around how the Monster Power Grid empowers artists like Floco to do what they do best — literally and figuratively.”

Torres sees collaborating with creative agencies and businesses as an opportunity to do more with his art in the future.

“The video with Clum Creative is an example of how businesses can work with local artists in a way that provides value to all involved,” he says. “Reaching out to individual artists or local arts advocacy organizations can lead to making a lasting impression with new audiences.”

In addition, Torres is preparing for a new single release followed by a new album that'll explore the consequences of the Oct. 29, 1929 stock market crash. The single will be available on Bandcamp.com and all streaming services on May 24. The album will be a collection of instrumental tracks developed as part of the sound design for Akron-based performance artist Dominic Moore-Dunson’s inCOPnegro podcast series.