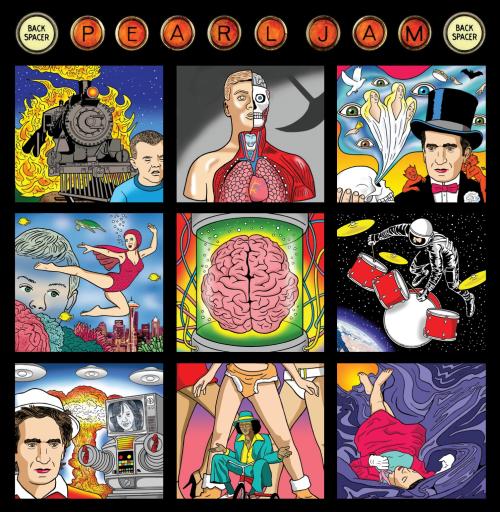 One reason Pearl Jam’s ninth album is their best since 1994’s Vitalogy? It flies by. Without any of the plodding, moody ruminations and self-serious space fillers that have weighed down the band’s records for the past decade, Backspacer — clocking in at a breezy 36 minutes — hits the ground running and plows through its 11 songs with a raging spirit that hasn’t been heard since the band got all serious a decade or so ago. Plus, producer Brendan O’Brien — who worked on four Pearl Jam albums in the ’90s, including their best, Vs. — is back, slapping a heavy dose of classic-rock polish on top of the band’s fiercest batch of songs in years.

On opener “Gonna See My Friend,” Eddie Vedder returns to the vocal-cord shredding that he had pretty much abandoned in favor of a solemn low growl (which makes a couple of appearances on Backspacer), and he keeps tearing deep into the album. There’s also a sense of joy here: rolling drums, chunky guitar riffing and songs with kick-out-the-power-chords titles like “Supersonic” and “Speed of Sound.” And check out the bouncy piano that rolls beneath “The Fixer.”

Backspacer has its share of clunkers: “Johnny Guitar” sounds more like Pearl Jam’s recent attempts at rocking rather than the real thing, and “Amongst the Waves” is as wobbly as its title. But they haven’t made an album this consistent since grunge was still in fashion, and this time they sound like they really mean it. —Michael Gallucci