With the California Speedbag reunion and others. Thursday, December 22, at the Beachland Tavern. 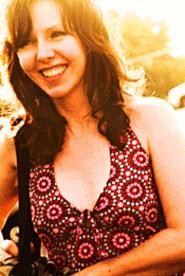 The hungry "I" that seduces so many singer-songwriters into writing therapeutic, self-referential mush is no vice for sweet-voiced Amy Rigby. The wily troubadour writes mainly from the first person -- the first instinct of anyone who's ever picked up an acoustic guitar. But while her songs are often insights into her own life, they're hardly self-indulgent. In fact, they may make up the greatest body of self-referencing pop songs since Joan Armatrading's.

Like Armatrading, Rigby is truly confessional -- she says things in song that people are afraid to say in conversation. On her juicy new album, Little Fugitive, a sexual past is revealed to a current lover ("So Now You Know"), a husband's ex-wife becomes a nuisance only because she's so hard to hate ("The Trouble With Jeanie"), and clingy gents are given the rare unequivocal kiss-off that you'd never find in a women's mag ("Needy Men": "Wish they would leave me the hell alone").Unlike Armatrading and so many solemn emoters, Amy Rigby is also a hell of a lot of fun. Her tunes about wallowing in decadence, from 1998's dreamy "Summer of My Wasted Youth" to the new "Year of the Fling," are self-effacing and luxuriant, rather than cautionary. Even at her most caustic, she gives a wink; "Needy Men," for example, is done as jaunty pop, with a backing chorus of disgusted women. And she sure picks a colorful set of personal patron saints for her tribute tunes, from Rasputin to Joey Ramone to the late, great rhythm-and-blues player Professor Longhair.

While Rigby has always dwelt on the tuneful side of rootsy rock, Little Fugitive is probably her most varied record since her acclaimed '96 debut, Diary of a Mod Housewife. The record boasts Kinks-type numbers, bubbly synth pop, lilting acoustic balladry, and roller-rink rave-ups. With five excellent albums of such biting, lovely stuff under her belt, Rigby is one of the only Americans in our confessional, Dr. Phil culture who actually deserves to air her personal issues in public. May she vent well and vent long.