With Philippe Jordan and the Cleveland Orchestra. Thursday, February 8, through Saturday, February 10, at Severance Hall. 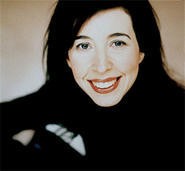 In the history of classical piano performance, only the unconventional Glenn Gould ever garnered such international acclaim that even gun-toting Americans know his name. But there's another Canadian who tours internationally, specializing in rigorous Bach interpretations. And best of all, she's not dead. So you can go see her for yourself and find out what all the fuss is about.

Angela Hewitt was recently honored with the 2006 Gramophone Artist of the Year Award. And although she does hail from the wilds of Canada, she has called London home ever since she broke onto the international stage, winning the Toronto International Bach piano competition in 1985. In 2005, Hewitt completed an 11-year project, recording the complete keyboard works of Bach for the Hyperion label. Next up, she plans to record some longtime Schumann favorites, and as a warm-up for said project, her appearances at Severance Hall will feature works by the brooding Romantic.

Appearing with Hewitt will be the highly regarded young Swiss conductor Philippe Jordan (whose father, Armin, is also a maestro, making Philippe the contemporary answer to Carlos Kleiber). That's two of today's leaders under one roof, and it may well turn out to be the highlight of the winter season.