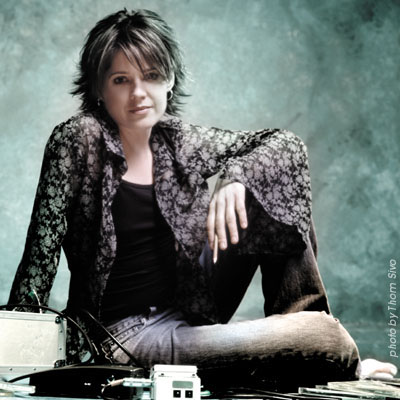 Cleveland lost one of its most popular and ubiquitous performers when Anne E. DeChant decided to move to Nashville last spring to develop her songwriting career, after nearly two decades working locally — first with popular folk-rockers Odd Girl Out in the ’90s and later as a solo artist.

DeChant wrote on her blog recently that she’s been doing a lot of co-writing, the standard way of doing songwriting business in Nashville. “Commercial pop and country music are different in many ways than what I did for so many years,” she writes. “I do a lot of trimming … trying to convey an idea very clearly and concisely AND creatively.”

She adds that she’s working on being more conversational. “In country music, for the most part, what you write has to sound like something someone would say … that was a very new idea to me when I began attending workshops here and elsewhere, My writing tended to be more poetic and that’s great for the style in which I perform. But my goal as a writer is commercial success and being conversational is a requirement. I also realize that every conversation doesn’t have to have a pick-up truck or a grandma in it!”

In fact, DeChant’s songwriting has come into its own in recent years. Her fourth and most recent CD, 2007’s Girls and Airplanes, featured tunes that were almost uniformly memorable, catchy and easy to relate to. Let’s hope she doesn’t trade in the clear, moving and even inspiring lyrics of tunes like the title track, “Scattered” and “Second Class Citizen” for clichés about being “17 in her tight blue jeans.” —Anastasia Pantsios