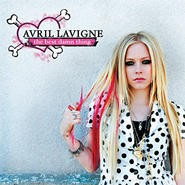 Responding to "Girlfriend," Avril Lavigne's new single, one iTunes commenter recently wrote, "The avril i looked up to was her own person, and proud of it. She wasn't afraid to act like herself and rebel against things she didn't agree with. Who is she now?"

It's a brilliant observation. The lyrical and musical sophistication heard on 2004's Under My Skin are gone from Lavigne's third disc, The Best Damn Thing -- which instead relies heavily on sub-Good Charlotte pop-punk, bland hooks, and insipid sentiments.

More disturbing are Lavigne's misguided attempts to embrace her girly side, mistaking empowerment for helplessness: "I hate it when a guy/Doesn't get the tab/And I have to pull my money out/And that looks bad," she coos on the title track. In fact, for all of its Joan Jett-esque muscle, "Girlfriend" is basically about two girls fighting over a guy -- stereotypical chick behavior Lavigne used to scorn.