Band of the Week: Bwak Dwagon 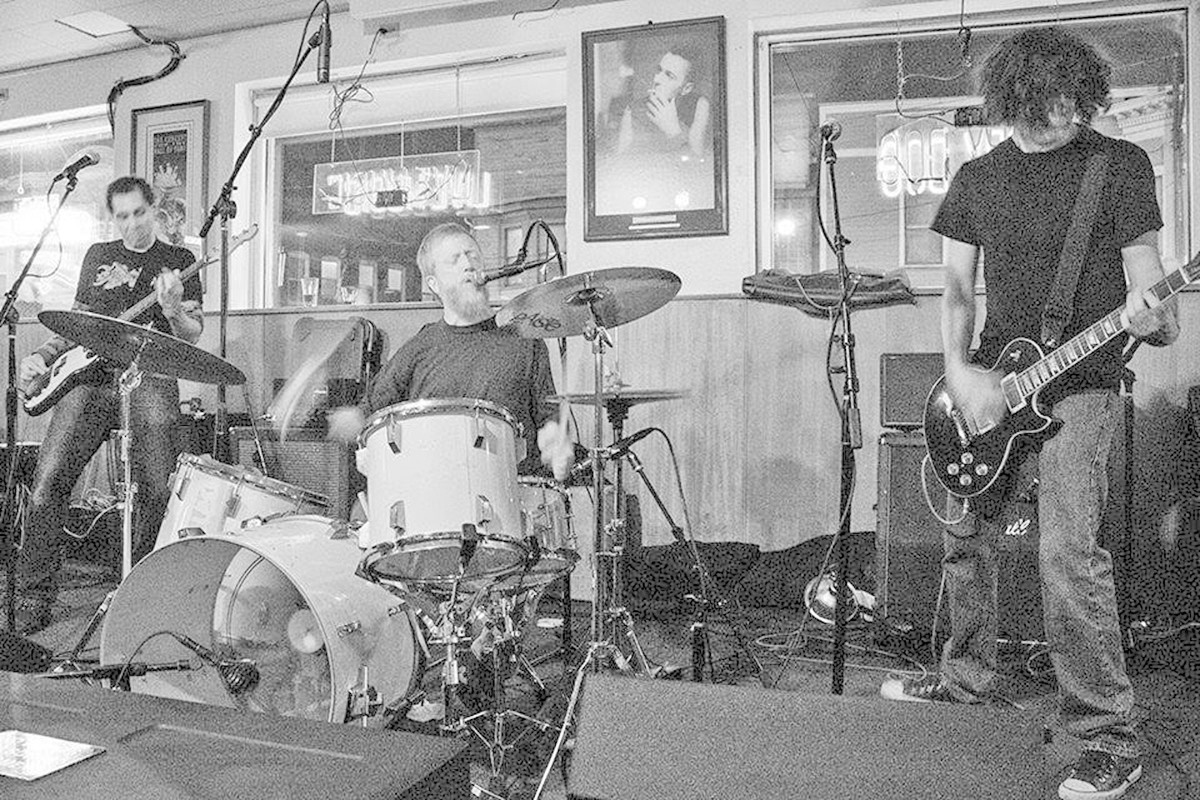 VARYING INFLUENCES: This local band formed in 2012 when Clement teamed up with Busch and Robinson, who had played with him in other bands but had never played with each other. "It worked out really well," says Clement. When asked about the group's influences, he admits he doesn't have an easy answer. "We like shoegaze music, but we also like hard rock. We like New Wave of British Heavy Metal and punk too. I saw [the stoner rock band] Kyuss back in the day, so that's an influence as well."

ATMOSPHERIC AND ANTHEMIC:Initially, the band released a self-titled album on cassette. When the run of cassettes sold out, the band issued it on vinyl, but it didn't call too much attention to the releases. "We put it out quietly both times," says Clement. A second album, Plum Island, came out in 2016. For its latest effort, Underground and Passed Around, the band didn't concern itself with how the band would play the songs live so the production is a bit more complex. The album also went in a different musical direction. "We divided it into a Side A and Side B," says Clement. "It doesn't sound like the first two records. It's more atmospheric and drawn out on the first side, and the second side reflects our unashamed love of anthemic hard rock."

A GOOD GIMMICK:The band recorded the new album with local producer Paul Maccarronne (engineer for Obnox, Ricky Hell & the Void Boys) and enlisted locally based GottaGroove Records to press the vinyl, which includes 3-D glasses to enhance the album art. "The color scheme has a lot of red and blue to it," says Clement of the artwork. "There happened to be a pair of 3-D glasses in the room, and when we tried them on, the artwork looked great, so we decided to include a pair with the album. We have a gimmick of some sort with each record."

WHY YOU SHOULD HEAR THEM:The tune "Down Below" features a gritty guitar riff and comes off as a Queens of the Stone Age-inspired rocker, and the hard-hitting "Passed Around" features soaring grunge-inspired vocals. "We're not a metal band," Clement explains. "We don't meet the strict guidelines for being a metal band. We draw from too many different influences. Someone once described us as 'desert rock dragged through the snow.' I like that. Someone else once said were' like Husker Du meets My Bloody Valentine. That's good too. Our first album has hard songs, but there's a lot more melody going on. It's not that aggro."

WHERE YOU CAN HEAR THEM: bwakdwagon.bandcamp.com.

WHERE YOU CAN SEE THEM:Bwak Dwagon performs with Meanderthal, Vivora and Burnin' Loins at 9 p.m. on Thursday, Jan. 24, at the Grog Shop in Cleveland Heights.