Band of the Week: Exploding Lies 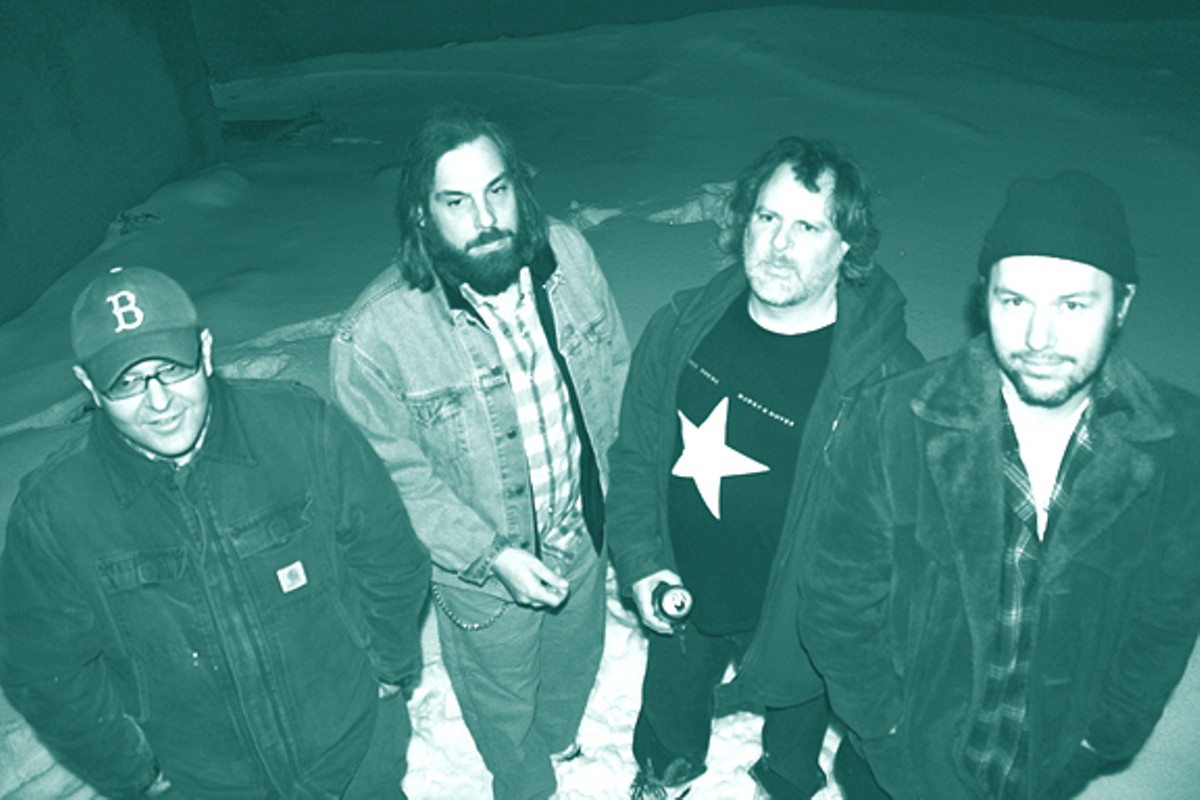 FRIENDS FIRST: Friends for years, the guys played a bit but not seriously before officially forming the group one Friday night while drinking and jamming together. The band played its first show at Pat's in the Flats with local indie rockers the Dreadful Yawns. "It was a little nerve-wracking taking a new band in front of people for the first time," says Curtis. "The guys in the Yawns have long been friends of ours and we respect them, but enough alcohol conquers all fears."

THE BASEMENT TAPES: In 2008, the band issued its first release, a four-song EP; in 2009, they followed up with a self-titled, full-length debut. "We didn't know what the hell we were doing," Curtis admits. "We recorded some in my basement with a digital 8-track that [local singer-songwriter] Bill Fox had. We also recorded some with local producer Mike McDonald and some at Waterloo Studios in Kent with Todd Tobias. We hadn't hit any sort of stride. It was an amalgamation of different sessions and thoughts, and the album reflects that." With 2012's Slow Death, the garage blues band refined its sound. "That was the first one we did where [the Dreadful Yawns'] Ben [Gmetro] acted as the producer on it. That was a learning experience for everyone involved. I don't think Ben had been given the reins, but it was good to have that outside ear. He has a fantastic ear. It gave us encouragement that we could make something that sounded like an album.

WHY YOU SHOULD HEAR THEM: Working again with Gmetro, the band refines its sound further on the tempered new album Ready to Die. "Ben felt more comfortable being critical or throwing in his two cents," says Curtis. "Everybody has gotten a lot closer and it's gotten that much better. Ben's a music nerd. He knows everything, and whatever reference you can throw at him, he knows what you're talking about. He appreciates many styles." The band describes its music as "damaged loose grooves and heavy Cleveland blues," and the album reflects that. The raspy vocals in songs such as "Dead Wrong" mix well with the noisy guitars and distorted keyboards. "The idea was to continue on the natural development of the blues rock thing we do, and continue to refine that a bit more so it's not all encompassing, noisy rock and roll," says Curtis. "There's more dynamics and we want someone to listen to it for half an hour. It's hard to be brutalized that much. We like the homespun organic approach of Dead Moon and Pierced Arrows and the earnestness of it. We want to be best friends rather than great players. "

WHERE YOU CAN HEAR THEM: explodinglies.bandcamp.com

WHERE YOU CAN SEE THEM: Exploding Lies perform with Bwak Dragon at 9 p.m. on Saturday, Dec. 3, at the Happy Dog.