Band of the Week: Fancy Legs 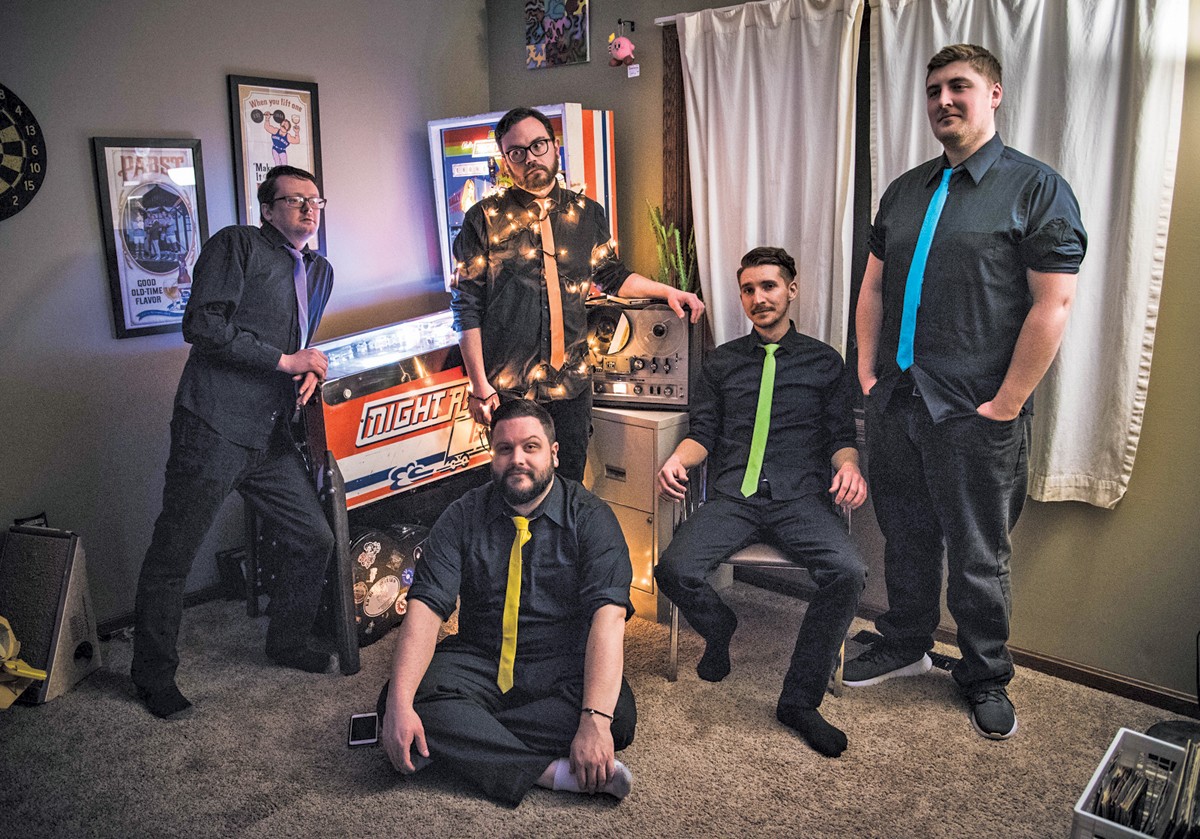 RECENTLY REFORMED: This Akron-based /new wave/power pop band originally formed in 2015. "It was me and [guitarist] John [Rosenberg II] and a couple of other people," says Jenkins. We lost them for various reasons. I went and played in [the indie act] Time Cat for a year and when that year was up, I was ready to get Fancy Legs back together." Jenkins says the current lineup is tighter than the previous incarnation, and the band now features synthesizers, something it didn't have the first time around. "My singing has gotten better too," says Jenkins, who adds that he picked up guitar when he heard Mick Ronson play on David Bowie's "Ziggy Stardust" when he was 10.

RUBBER CITY REBELS: Jenkins says he always liked Akron bands like Devo, the Waitresses and Tin Huey; and the Waitresses/Tin Huey's Chris Butler plays guitar on the track "Important Things," and Tin Huey's Harvey Gold performs keyboards on "Slow Saturday." "They're musical heroes and we've become friends with them," says Jenkins. "Those two songs really needed something and we weren't sure what to do. They seemed like the right guys to fill in the blanks. They were nice enough to want to do it. We had recorded it first and then they added their parts." Butler and Gold will join the band for the upcoming release party.

WHY YOU SHOULD HEAR THEM: The band cut its debut album last year at Sta-Level Recording Studio in Akron with Jeff Koval, the guitarist in late '90s/early 2000s act the Fifth Wheel. Adam Boose mastered the music in Cleveland at Cauliflower Audio Mastering. "Jeff was excellent to work with," says Jenkins. "After Fifth Wheel went their separate ways, he went to Nashville and worked in a studio there, so he has years of doing that. The space was really comfortable. We had a great time." The band cranks up the guitars on "Love Ain't Easy" and "You Took Me," songs with a classic power-pop feel (think Cheap Trick or the Cars). "We like big guitars, and the recording setup was really good," says Jenkins. "I put everything through two Marshalls. One was a vintage one, and one was more modern. Our other guitar player ran through two amps at the same time too. We wanted to have this huge sound."

WHERE YOU CAN HEAR THEM: facebook.com/fancylegs/

WHERE YOU CAN SEE THEM: Fancy Legs performs with Jeri Sapronetti, the Super Babes, Yo Chachi and DJ Lane Meyer at 8 p.m. on Saturday, April 20, at the Rialto Theatre in Akron.