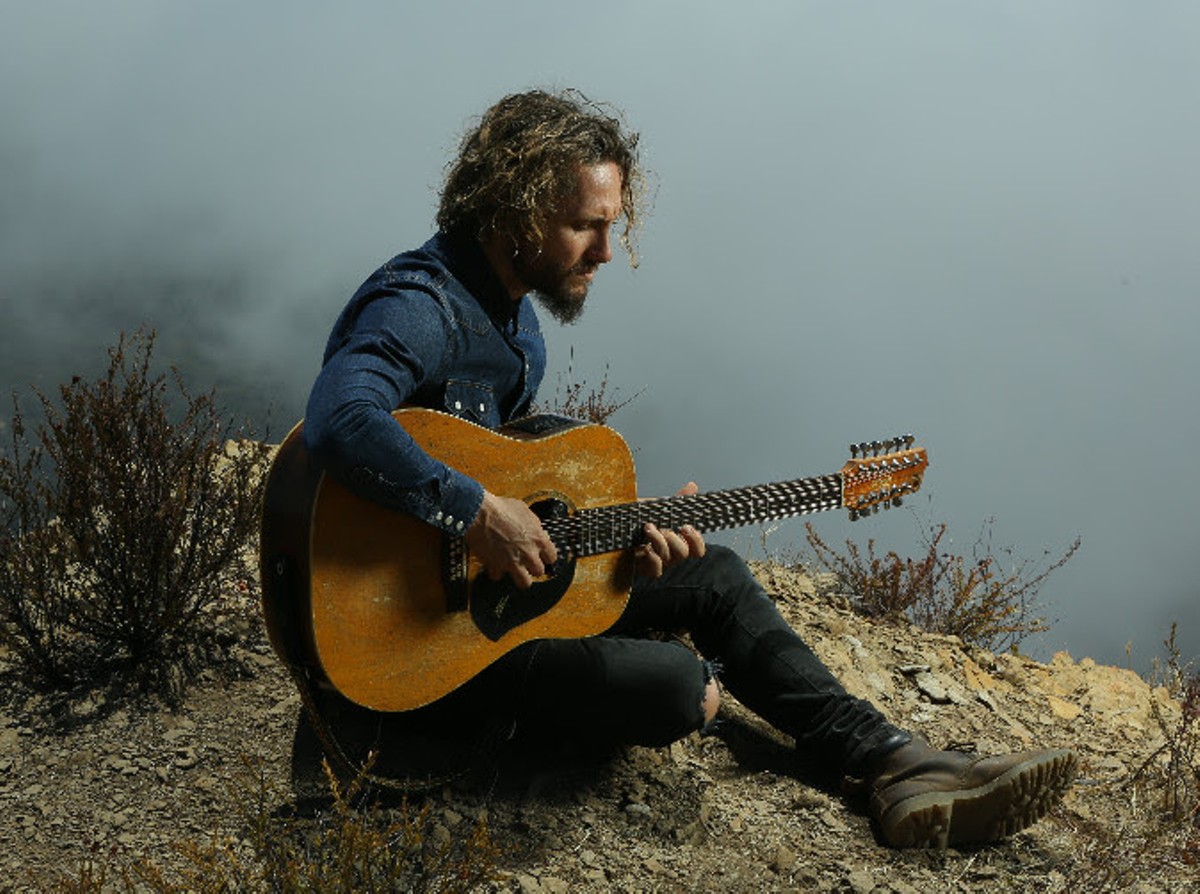 A WIDE AESTHETIC: Singer-guitarist John Butler was born in Los Angeles but moved to Australia as a teenager. He tried to teach himself to play guitar when he was 13, but a broken arm derailed his plans. When he was 16, however, he started writing songs and picked up the guitar again. He formed John Butler Trio, an eclectic alternative blues rock band that draws from a variety of influences, in 1998. "I listened to a wide range of music while growing up," says Butler. "It's always been that way. During my childhood, I would listen to Fleetwood Mac and Elton John, and then my brother introduced me to Black Sabbath and AC/DC. When I became a teenager, I had all the Smiths albums and early U2 and the Cure. From that, I listened to bands like Janes Addiction and the Beastie Boys. I was always a lover of Bob Marley. His songwriting is so great. I also like Hendrix and Tribe Called Quest and De La Soul. Overall, it's a wide aesthetic in music, and that's still the case to this day."

A DIY APPROACH: Butler has managed his own record label for the past 15 years. He says that while the crumbling music industry has affected his business, it hasn't been as devastating for him as it has been for major label acts. "There's been a huge transition from CDs to downloading to streaming," he says. "A lot of us lost 90 percent of our income when it comes to selling albums. Luckily for me, I've always been a live musician. Playing live is the bedrock of what I do. We've earned almost every fan, one by one, with our live show. It's word of mouth. You might hear the album and think it's okay, but you come to the show, and you finally get it."

WHY YOU SHOULD HEAR THEM: Currently at work on a new studio effort due out later his year, Butler released the noisy single "Bully" last year. With its call-and-response vocals and blasts of white noise, the hard-rocking tune channels the guitar fury of Jack White and tempers it with Beck-like vocals. "For me, you treat people how you want to be treated," Butler says when asked about the song's theme. "It's what my mother and father taught me. You make your bed and leave a place better than or at least how you found it. 'Bully' is all about that. It's a fuck off [to corporations]. If you come and trash my house and leave, fuck you. I just think, 'Are you a nice person doing what my grandmother taught me to do, or are you being dick?' That's what 'Bully' is about."

WHERE YOU CAN HEAR THEM: johnbutlertrio.com.

WHERE YOU CAN SEE THEM: John Butler Trio performs at 8 p.m. on Sunday, July 8, at House of Blues.