Band of the Week: Matt Moody 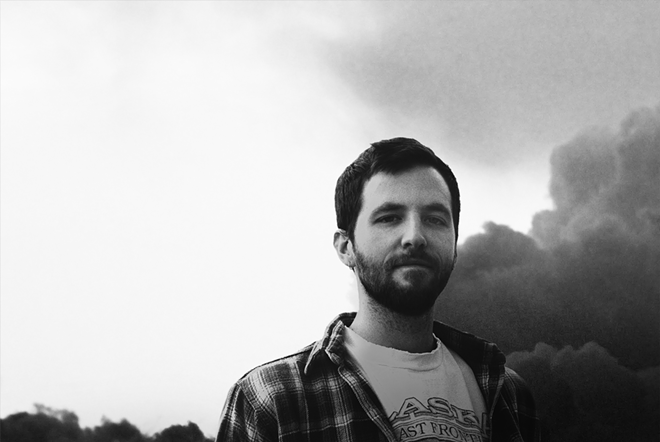 THE CLEVELAND CONNECTION: L.A.-based singer-songwriter Matt Moody grew up in a suburb outside of Cleveland and didn't initially think much about becoming a performer. Hearing Nirvana for the first time changed all that and set him on course to explore singing and songwriting. Over the course of his career, Moody, who got his start with the Cleveland-based hard rock act Shred Rot in the 2010s, has worked with established artists like Steve Cropper (Booker T. & the MG’s), John Corabi (Motley Crue), Johnny Garcia (Garth Brooks) and Jim Wirt (Incubus, Fiona Apple). He's also collaborated with local musicians such as Ray Flanagan and Mimi Arden. “There was always a good music scene in Cleveland from as long as I can remember,” he says in a recent phone interview. “The scenes would change according to what style of music I was playing. With Shred Rot, there was always [venues such as] Peabody’s or the Phantasy or the Foundry. We were playing heavier music, and that’s where we played. Doing the songwriter thing, through Brent Kirby’s 10x3 and Brother’s Lounge, I found a community in the songwriter scene as well. I always found the Cleveland music scene has been supportive and big enough to explore and still meet new people.” After Shred Rot, Moody released a few singles as M. Moody before becoming a full-fledged solo act.

GOING THE SOLO ROUTE: Moody says his new album, Still a Kid in a Painted Sky, represents his first true solo effort. “I produced it,” he says. “I used all Cleveland players on it. I wanted to write the songs and produce them the way I wanted. It was less a band effort and more like, ‘Here’s my vision, and I want to do it exactly the way I see it.’ They’re all recent tunes except for the song ‘Graveyard,’ which I’ve had for about ten years.” He recorded drums and grand pianos and some of the guitars in Cleveland with Jim Stewart. “Everything else was recorded in my bedroom studio,” he says. “The guys who did the horns flew in the tracks. They did that at their home studio. It was kind of a hodgepodge.”

WHY YOU SHOULD HEAR HIM: Still a Kid in a Painted Sky opens with “Shifting Candlelight,” a mid-tempo pop tune that starts with a soundbite from a John Wayne movie before shifting into twangy guitars and cooing vocals. Moody comfortably slips into a near falsetto for “Cutting You Loose,” a tune buttressed by bluesy guitar riff. Clevelanders Jacob Wynne and David Kasper liven up tunes such as “John Wayne” with spirited horn playing. “They did a great job,” he says of the duo. “I just told them to go for it. I was hearing some melodies, but I just trusted those guys. They’re both pros. What they sent me back, I just loved, so I kept it all. I had never tracked horns on a record before. I really wanted to make a big statement with this record. Horns add a liveliness that other instruments tend to miss sometimes.” Moody co-wrote the album closer “Miller Light” with local singer-songwriter Hannah Stak. “We wrote it the way we recorded it — on an acoustic guitar,” says Moody. “We tried tracking it a few different ways, and it didn’t feel right. At the very end of the whole recording process, we had everything tracked and were going to go into the mixing phase, and we capped it off by sitting in front of this big ribbon microphone at Jim Stewart’s studio and gave Lee Kolarik, who played drums on the record, a shaker and tambourine. We laid it down in one take, and It felt like a great way to end the record.” Local singer-guitarist Ray Flanagan contributes to the tune “Driftin’.” “I sent [Flanagan] the song, and he recorded at home and sent me what he had, and I loved it,” says Moody, who adds he’ll release another EP in the fall.

WHERE YOU CAN HEAR HIM: mattismoody.com.

WHERE YOU CAN SEE HIM: Matt Moody performs with Mr. Carnivore and Michelle Gaw at 7:30 p.m. on Friday, Sept. 16, at CODA.