Band of the Week: Mudhouse Gang 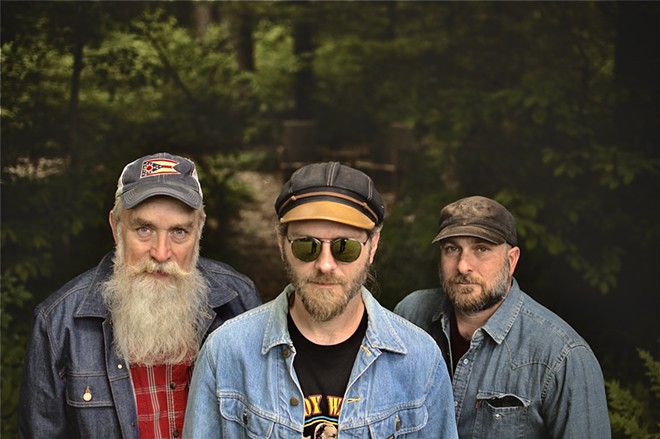 FROM AKRON TO GERMANY TO AKRON: Phillips joined the Akron-based psychedelic rock band Simeon Soul Charger back in 2009. That act toured regionally until it caught the attention of a German label manager who relocated the group to Europe, where it had a successful run from until 2017. “Right as I met [the guys in Simeon Soul Charger], they were talking about a guy from Germany who saw them in New York and said a German tour was possible,” Phillips says. “I said, ‘That’s cool because my family is from Germany.’ The first tour we did in 2010, we did two weeks. It was just phenomenal, and we were very well-received and treated so nicely. Europe is a whole different world for musicians and artists.” Shortly after Simeon disbanded in 2017, Phillips moved back to Akron and formed Mudhouse Gang. “I wanted to put together my own band because I never had my own thing,” he explains.

WITH A LITTLE HELP FROM HIS FRIENDS: Wanting to do something "roots-y and bluesy," Philips initially teamed up with a pair of drummers. "I didn’t need two drummers, but we jammed, and it kind of worked," he says. "It was something different. It fell together really quickly with a couple of old friends." That lineup would record the band’s 2018 self-titled debut, a collection of grunge-y blues tunes with a ZZ Top-like vibe. “That album was recorded mostly live, and it’s just guitars and drums and that’s it,” says Phillips. “I had built up a home studio, and it was the first recording we did there. It’s a smaller space, so to have two drum kits set up was kind of ridiculous.” After one of the band’s drummers left the band, the group slimmed down to a duo. It has since then added a bassist to the mix. “When it was just me and [drummer] Doug [Ackerman], that lent itself nicely to the songs. I was writing a little deeper and darker songs. I was going for a spooky blues atmosphere. It kind of worked out. It would have been too rock with the two drummers.”

WHY YOU SHOULD HEAR THEM: The band’s latest effort, 2021’s Get Yer Demons Out!, sounds like a country blues album recorded in a different century. The title track features upper-register vocals and shimmering guitars and resonates like a cross between Canned Heat and Black Keys. The group is in the process of recording a new single that it plans to play at the upcoming Rialto Theatre show. And, as a bonus, Phillips’s brother, who tours and records as Spider the Akronaut, will also perform at the Rialto show. It’ll mark Spider the Akronaut’s first performance in Northeast Ohio in almost nine years. Like Phillips, he also played in Simeon Soul Charger while the band was based in Europe.

WHERE YOU CAN HEAR THEM: mudhousegang.com.

WHERE YOU CAN SEE THEM: Mudhouse Gang performs with Spider the Akronaut at 8 p.m. on Saturday, Jan. 7, at the Rialto Theatre in Akron.