Band of the Week: Nucleon 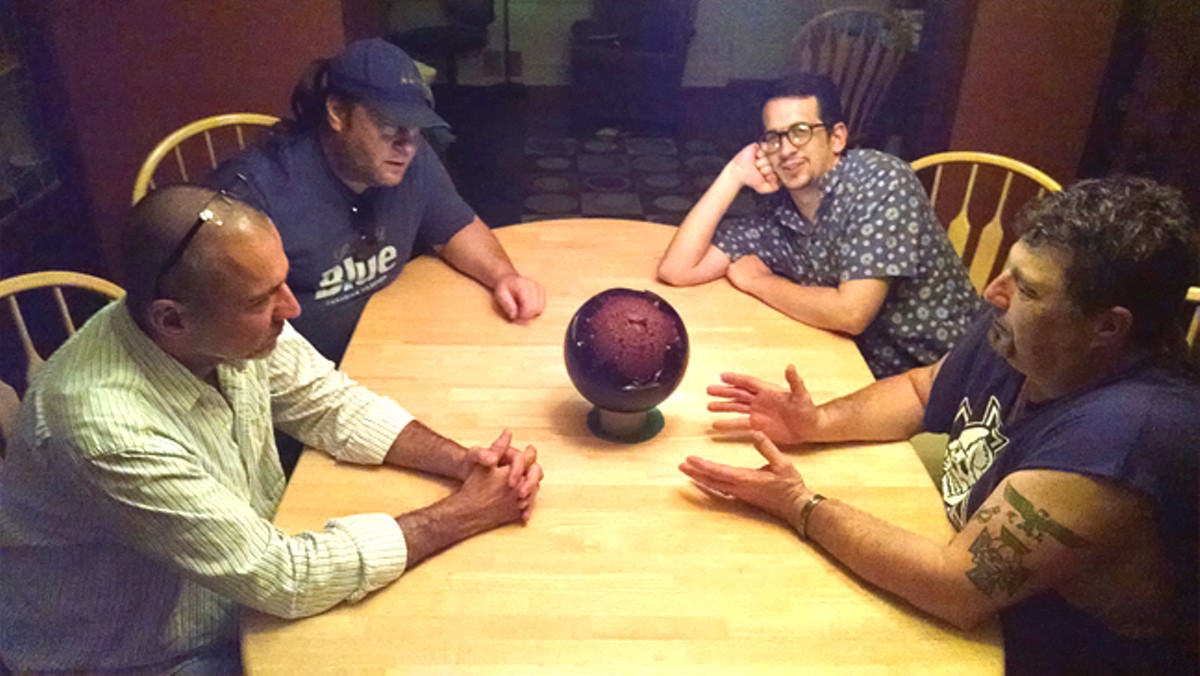 STONER ROCK BEFORE IT WAS COOL: Originally together from 1995 to 2001, the band was a regular on the local circuit and opened for national acts such as Hawkwind, Fu Manchu and Barkmarket. "We were doing a stoner rock thing when there weren't a lot of other stoner rock things," explains ML. "It was us and [local rocker] Red Giant. We had a standing gig at the Euclid Tavern. The owner there was a big fan and would book us regularly." The band also routinely played the Grog and Phantasy and toured with the locally based metal band Mushroomhead. "We wanted to play what we liked and what was heavy," says ML.

THE SOUND REMAINS THE SAME: When ML broke his back in 2001, band members tried out another drummer but would eventually call it a day. Once he recovered from surgery, ML started playing again and joined the local rock act Mechanics of Things. Earlier this year, he approached his former Nucleon bandmates about playing again and they recruited bassist Jay Henry via a Craigslist ad. "We're pretty much doing the same stuff," says ML. "We pulled all the old tunes back up. Our new bassist gives it a heavier sound. We jammed a couple of times and we knew that was it."

WHY YOU SHOULD HEAR THEM: Songs on the band's 1999 debut, Hyper Emitter, fluctuate between heavy, Black Sabbath-influenced interludes and spacey, psychedelic noodling. Resnik's gruff vocals are characteristic of stoner rock bands such as Queens of the Stone Age and Monster Magnet, but often sound so muffled you can't make out the lyrics. At its most interesting, Nucleon has the qualities of good psychedelic rock — the swirling guitars and soaring electronic noises are groovy and mind-numbing. ML says he still owns a few hundred copies of the disc and plans to have it along with other releases from the band's catalog available for sale when the band plays the Maple Grove, which will be its first show in 15 years. "We are looking to get back in the studio in February or March," he says, adding that he'll also sell his patented hot sauce at the gig. By the end of the summer next year, the band should have a new CD. "The reaction to the reunion has been positive, and I am psyched about the show," he says. Jim Lascko's Solar Fire Light Show will also be on hand to provide the trippy visuals for the Maple Grove gig.

WHERE YOU CAN SEE THEM: Nucleon performs with Signal 30 and Exploding Lies at 9 p.m. on Friday, Dec. 9, at the Maple Grove.