Band of the Week: Under One Sun 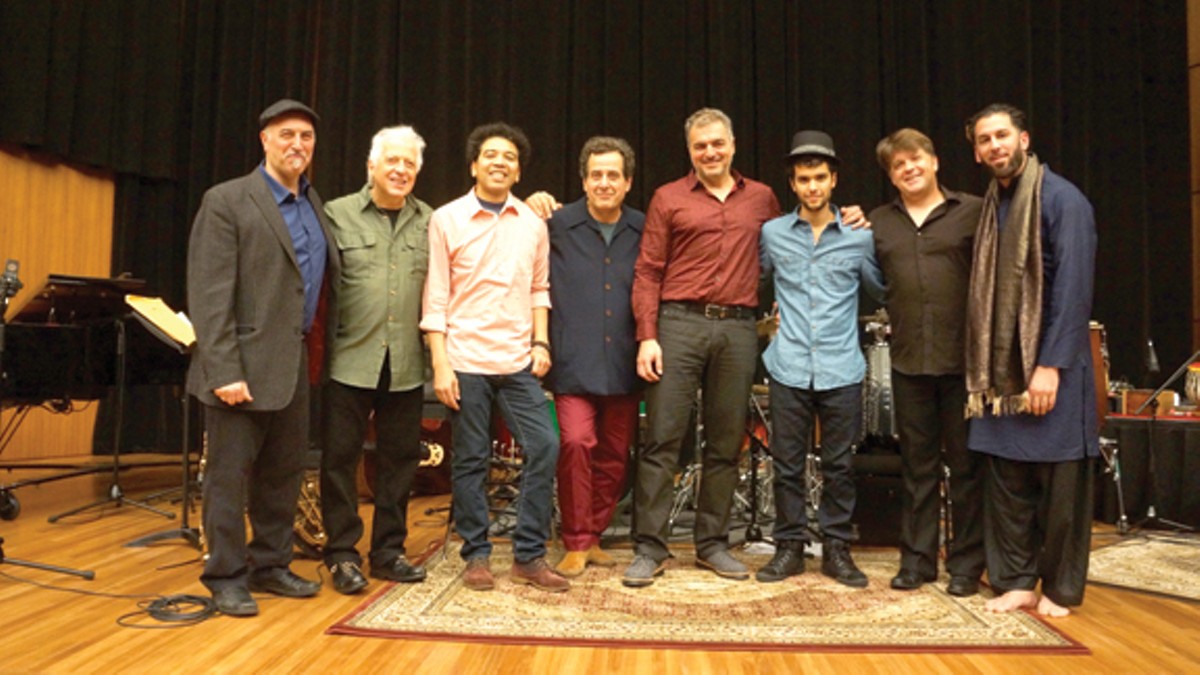 A GLOBE TROTTER: A percussionist/drummer living and teaching at the Oberlin Conservatory, Haddad is a Cleveland Legends of Jazz and a Cleveland Arts Prize recipient. "I am a jazz musician that has kinda jumped the fence, so to speak, a long time ago and decided to include the world of musicians I found interesting to me from over 40 years of globe trotting playing music," says Haddad, who grew up in Cleveland and left town with saxophonist Joe Lovano to attend school in Boston. "I became committed to learning to be a percussionist. I moved to Brazil and South Africa and did stints all over the world." He and Drewes, friends since they were in college together in the early '70s, originally tried to put the band together 10 years ago but finally formalized the lineup at the Tri-C JazzFest three years ago. "Everybody in the band has done their homework in the jazz tradition," says Haddad. "Everyone is a musical freak in their own way."

IMPRESSIVE RESUMES:  Members of the band have performed with Alicia Keys, the Vanguard Orchestra, Yo-Yo Ma, the Sacred Music Festival of Fez, Paul Simon and Sting. Haddad just returned from Simon's tour in support of his latest effort, Stranger to Stranger. "It was great," he says of touring with Simon. "People think it's his best album since Graceland. You can't really find a bad review. We're going to Europe in the fall too. Paul is really focusing on getting the music of this record out, and it involves world music people, flamenco people from Spain and others."

WHY YOU SHOULD HEAR THEM: For the upcoming run of shows at the Bop Stop, the group will primarily perform music written by members Billy Drewes and Leo Blanco. A track like "High Above" starts with drums and percussion and slowly works sax, accordion and piano into the mix. Following the Bop Stop shows, the group will record a CD at Oberlin, where it will offer master classes and play a concert on Aug. 31 at the Cat in the Cream to welcome the students back to school. "We'll focus on Billy's music — he's like the Wayne Shorter of our generation," says Haddad when asked about the material the band will play. "He's never made an album of his own. We're going to set that straight and record his songs while the group is in town."

WHERE YOU CAN HEAR THEM: jameyhaddad.com.