Battle of the Beats

Four top DJs set their sights on Miami. Only one will get there.

Send a News Tip
Diary of a Mad Black Woman 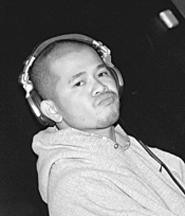 Walter Novak
Tik Tak won over the crowd with speed metal and devil horns. Was it enough for a trip to Miami?
Rob Black stretched the beat like it was made of spandex. Standing behind the five-and-a-half-foot-tall DJ booth at the B-Side Liquor Lounge, the bespectacled, ballcap-wearing DJ bounced up and down while he juggled rhythms. It was as if his legs were corked with bedsprings.

Black's excitement was justifiable. The veteran Cleveland DJ was vying for a trip to perform at this year's Winter Music Conference in Miami. It's America's premier DJ gathering, where tens of thousands of revelers take a spring break from moderation each March. Think Woodstock with better hair.

Black was one of four competitors in Scene's first Ultra showdown, named after the WMC event where the winning DJ will perform next month. (Last year, the Chemical Brothers, Sasha and Digweed, and dozens of other big names took one of several stages at the mega-rave.) The B-Side was flush with onlookers as the DJs took turns with 25-minute sets. B-boys in Cavs jerseys chilled next to giggling blondes with diamond nose rings. The place had the feel of a funky subway, with plush black couches, exposed piping, and graffiti art.

Opening the night was HeadRush Music's Deviant, a weekly resident at Abbasso. As Deviant warmed up the crowd with soulful progressive house, a lanky fellow in a green stocking cap and a bushy goatee bent backward at the knees, throwing his shoulders side to side like he was dodging bullets in the Matrix. A black-haired gal in jeans and high heels spun herself in circles, waving an arm in the air frantically, as if trying to hail a taxi. Another lady shook her drink with such force that she lost her grip and sent it crashing to the floor.

Deviant's momentum was mostly maintained by DJ Trick, a big-shouldered twentysomething with close-cropped black hair and an eyebrow ring who's the resident mixer on 96.5 FM's Klub KISS program on Friday Nights. The most populist of the night's performers, he blended OutKast and Big Daddy Kane with pneumatic rhythms and belching bass lines. He also brought some comic relief when he laid a couple of stanzas from Eminem's "Just Lose It" over the beat to Michael Jackson's "Billie Jean" at just the point where Slim Shady alludes to Jacko's alleged pedophilia.

Representing drum & bass was Mr. Tik Tak, who hosts Drum Riot! every Wednesday at Spy. From the onset, he came on strong, his fast and furious beats battering the crowd like a gym rat working over a punching bag. Divebombing bass lines dueled with a downright disorienting number of beats per minute. As his set reached its climax, Tik Tak upped the intensity by layering signature speed metal riffs from Slayer's "Angel of Death" and Pantera's "Walk" over skittering rhythms -- kind of like chasing NoDoz with Red Bull. He ended with the bullying hardcore of Hatebreed, fittingly raising his hands and flashing the crowd the devil-horn salute before exiting the booth.

At a bit before midnight, Ultra was capped by Black, who holds residency at Twist. The most animated DJ of the night, Black jumped about as if he was performing on hot coals.

His set was similarly energized. The throbbing, exultant mix was seamlessly presented, with loud whooshes of synth that sounded like air escaping from a giant balloon. "Give me some love," a soul diva wailed over a galloping, caffeine-abetted beat as Black began working over the crowd.

Like Tik Tak, Black is skilled at finding harmony in dissonance -- he made an airhorn sound melodic at one point. With soaring reveries upended by teeth-gnashing beats, Black's set was hypnotic yet pummeling. It was also well-paced, building from a midtempo groove to a sweaty climax that made it hard to sit still.

As a result, Black narrowly emerged victorious and will represent Cleveland at this year's WMC. With most every DJ in attendance already having some kind of national rep, there was a quiet confidence among the competitors. In Miami, expect that to translate into loud applause.