Beck Revisits His Past While Moving Forward at the State Theatre 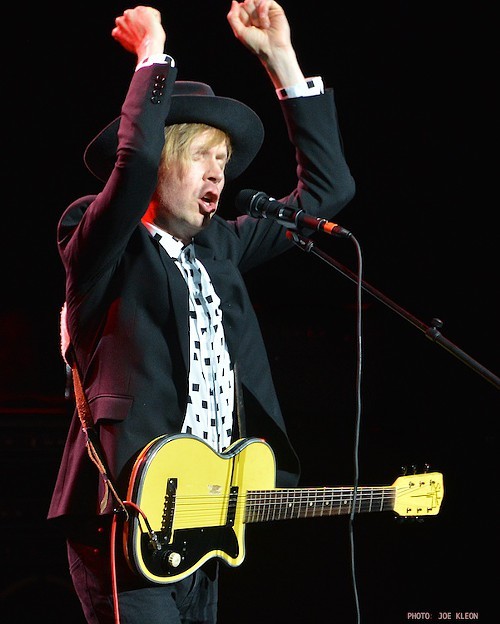 In a career that spans well over 20 years, Beck has consistently moved forward with an ever-evolving sound. He bent expectations of what a "pop hit" could be in the mid-’90s with songs like "Loser" and "The New Pollution," two songs so drastically different it's hard to imagine the same person penning both. He bathed in more underground sensibilities with quieter-yet-beautiful albums like Mutations and Sea Change.

Beck Performing at the State Theatre 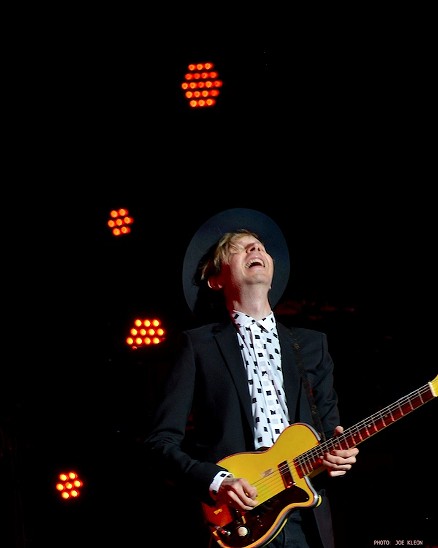 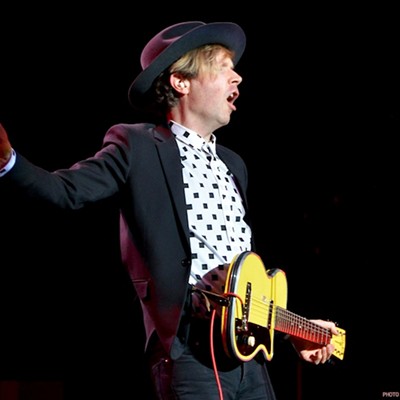 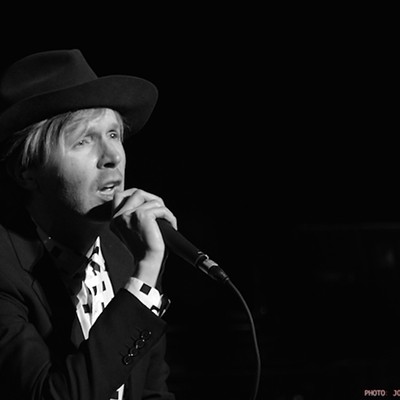 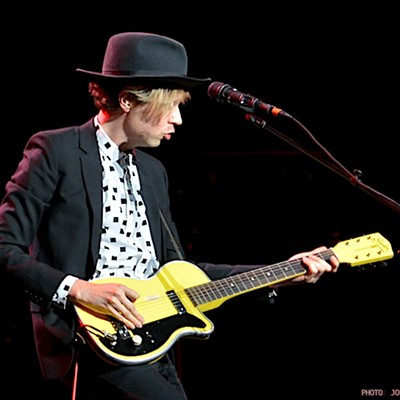 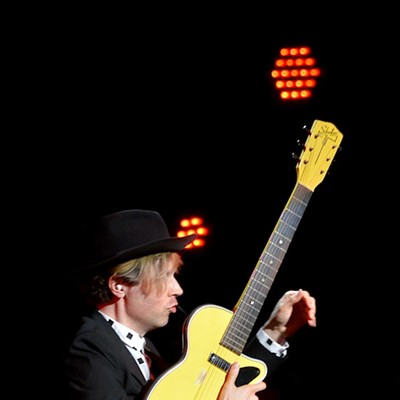 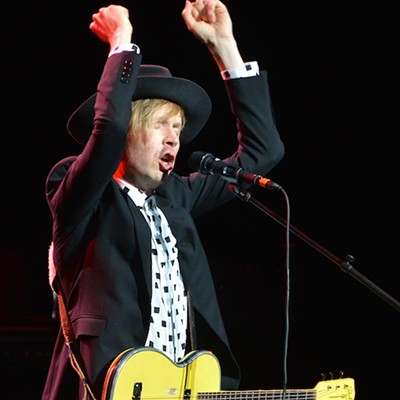 So it's a little surprising that Morning Phase is, in his own words, a "companion album" to 2003's Sea Change. Virtually the one thing the artist hasn't done is rehash the past. Not that he ever forgot the long road his career took him down (exemplified by last night's mid-show performance of the lesser known track "One Foot In the Grave"), but his music was rarely "self-nostalgic" in any real sense. This being said, the album acts as a beautiful sequel. It holds its own with lush string arrangements, haunting vocals and welcoming guitars that embrace the listener in consoling shade of blue, all of which translated well at last night’s sold-out show at the State Theatre.

Going back once again to the days of Sea Change, Beck's employed the old line up of musicians for his live tour that he worked with on the companion albums. These guys were known for putting delicate embellishments on mostly quiet albums, however the opener "Devil's Haircut" let the audience know Beck's not about to stop rocking out.

Filling the early part of his set with older tracks like "Black Tambourine," "Golden Age" and "Loser," he eased the crowd into his new works from Morning Phase. The first of the new songs, "Blackbird Chain," came across as a tame song with intriguing rhythmic quirks and a gorgeous chorus that soars like its eponymous bird. Other new tracks like "Blue Moon," "Turn Away" and "Waking Light" mellowed out the show mid-set, not without energy but engaging in subtler ways. When the show picked up on livelier tracks, Beck showcased some of his impressive dance moves. Moving about with the soulful swagger of a '60s R&B artist, he swayed and slid engaging the audience despite the house security trying to dampen the mood.

Coming back for an encore consisting of "Hell Yes" and an extended "Where It's At," Beck ended the set on a heavily energetic and happening style. During the "Where It's At" mid-song jam Beck relayed his most recent experience hanging out in Cleveland before the show. While in Tower City he saw a gospel group performing and thought "this is Cleveland." Then he saw a young man receiving a public-through-the-pocket-handjob while watching the gospel group and said "no, now THIS is Cleveland."