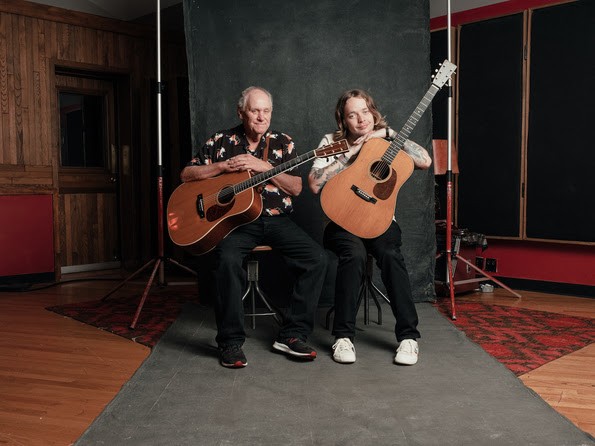 Joshua Black Wilkins
Terry Barber (left) and Billy Strings.
Singer, songwriter and musician Billy Strings will continue his extensive headline tour through the spring of 2023 with 22 newly confirmed shows, including a two-night stand on June 13 and 14 at Jacobs Pavilion at Nautica.

Strings recently recorded an album with his dad, Terry Barber. Dubbed Me/And/Dad, it features new versions of fourteen bluegrass and country classics that the two have played together since Strings was a young child.

Tickets for the tour will be available for pre-sale starting at 10 a.m. tomorrow. Tickets to the Billy Strings concerts at Jacobs Pavilion at Nautica go on sale to the general public at 10 a.m. on Friday.
Coming soon: Cleveland Scene Daily newsletter. We’ll send you a handful of interesting Cleveland stories every morning. Subscribe now to not miss a thing. Follow us: Google News | NewsBreak | Instagram | Facebook | Twitter