Black Keys To Release Live Album Recorded at Beachland in 2002 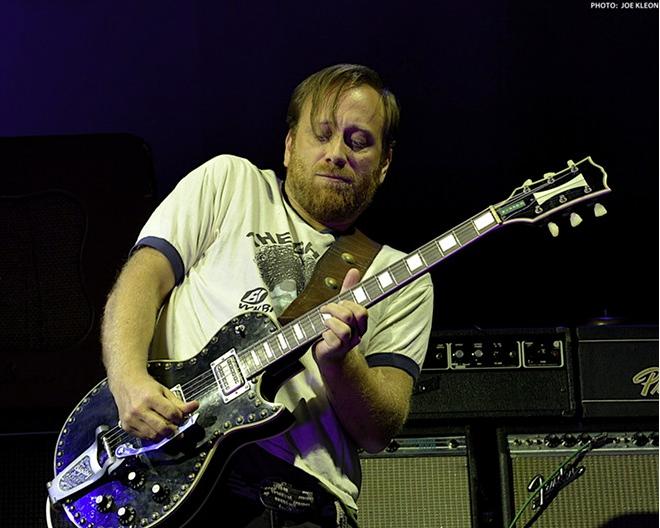 Joe Kleon
The Black Keys at Rocket Mortgage FieldHouse in 2019.
To mark their 20th anniversary as a band, the Black Keys, a garage-blues duo originally from Akron, just announced that they'll release a live album that captures their first-ever concert that took place on March 31, 2002 at the Beachland Tavern.

Black Keys singer-guitarist Dan Auerbach has said that he and drummer Patrick Carney had prepared a half hour of music for the gig, but they blew through their set quickly since they were so nervous about playing in front of an audience for the first time.

Despite the jitters, however, the group impressed Beachland co-owners Mark Leddy and Cindy Barber, who'd help the band find a booking agent, and locally based rock writer Peter Relic, who was also in attendance. Relic would eventually write a review of their debut album for Rolling Stone magazine and help generate some national buzz for the group.

Due out on vinyl on Nov. 18, the album feature early tunes such as "I'll Be Your Man," "Yearnin'" "Them Eyes" and a cover of the Junior Kimbrough track "Do the Rump."