"[Blaze] brings back the true meaning of soul music," says Zenobia Simmons, Imperial's director of publicity. "I think he can deliver a great album."

Blaze recorded his debut, Smoke N Blaze, at his Bedford studio. The singer co-produced and co-wrote the disc with his cousin, Dion "Chipz" Warren, who has worked with Brainz Davis (formerly MC Brainz). It's a musical family. Blaze's uncle is Beloyd Taylor, who wrote Earth, Wind & Fire's "Get Into Your Life."

Blaze's distinct music is rooted in both the old and new school. His material combines R. Kelly-style songcraft and Curtis Mayfield soul, and it gets some street flavor from melodic rap in the vein of Bone Thugs. Krayzie Bone himself delivers an authentic dose in the album's first single, "Watch How I Do This," which is due in October. The album is slated for a January release.

"I think my music is different because it bridges the gap between hip-hop and R&B," says Blaze, who sings and plays drums and keyboards. "There are no samples on my album. It is all original music, played by myself, my cousin Dion, and a close friend, Tony Deadwiley, on guitar. Unlike many albums today, my album tells a very personal story. I tried to make a very upbeat album that makes people feel good."

· Medina-based label Hell's Headbangers is featured in this month's issue of heavy-metal journal Decibel. The underground label lineup includes thrash and black-metal bands that have an international cult following, such as Cleveland's Nunslaughter, Australia's Destruktor, and Colombia's Witchtrap.

· The Taller We Grow has posted three new tracks at www.myspace.com/ thetallerwegrow. The Elyria quartet claims Neutral Milk Hotel, the Secret Machines, and the Strokes as influences, and sounds like the kind of arty post-punk you'd find on a Dischord Records release.

· Local post-punk notables the Terrible Parade have remastered their catalog for digital release in late 2007 and late 2008. The 1990 compilation Where Were You When the Lights Went Out? is available via iTunes and CDBaby. The atmospheric rock band began taking shape in 1982, and members went on to play in Sputnik, Iguanadonho, and Lotus Pedal.

· Readers of Scene's C-Notes blog got the first scoop on the Cleveland Idol/American Idol audition contest scandal. Visit daily at www.blogs.clevescene.com for early concert announcements, late-breaking show cancellations, and online multimedia exclusives, including a link to a free all-star mixtape. 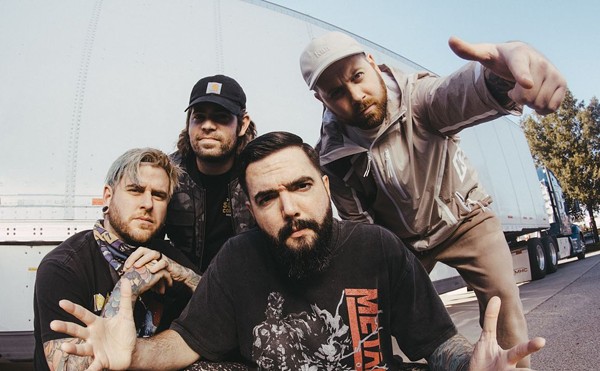