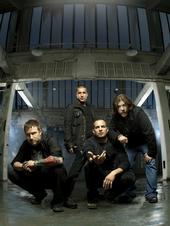 If you're willing to give up 45 minutes and some blood, Akron classic-rock station 97.5 WONE FM has free tickets for Wednesday's Creed concert at Blossom.

The American Red Cross will be at the
station's HQ (Akron Radio Center: 1795 W. Market St.) tomorrow from 7 a.m.-7 p.m. While they last, everyone who donates gets a free pair of lawn tickets.

You must be at least 17, 110 pounds healthy and not have donated within the last 56 days. Bring ID too.

Leading up to the October release of a new record, Creed are playing a greatest-hits set, with the new single "Overcome" in the mix. Singer Scott Stapp's voice is in solid shape, and the band is playing as a quintet, with a second guitarist.

The stage production is their biggest ever, and the concert feels like a WWE show, right down to "My Sacrifice." —D.X. Ferris