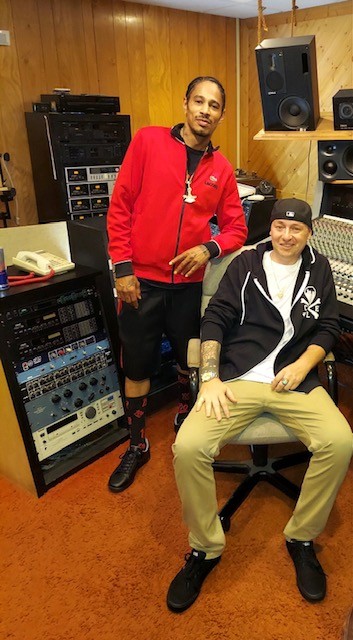 "I wanted to write something uplifting but that also told a little bit about my journey in music," says Catfish Walkin' in an email exchange. "Ultimately, the message is to never give up on your dreams and no matter what keep your head up and keep moving forward. The video was basically meant to be a feel good video just showing where it all started."

Catfish Walkin' says the message about finding a way through tough times comes from the song's lyrics.

"As Clevelanders, we’ve all experienced some hardships, and sometimes it’s easier to give up than it is to keep pushing so to speak," he says. "So I wanted to write something that would inspire the listeners and do a little uplifting in these strange times that we’re living in."

Original Post 7/14/21: Locally based rapper and producer Catfish Walkin’ released his debut album, Back from the Dead, earlier this year, and it caught the attention of Cleveland’s Bone Thugs N Harmony, who’ve enlisted him to accompany it on its year-long tour that kicks off on July 30.

There's no Cleveland date yet, but it's likely Bone Thugs and Catfish Walkin' will add a Northeast Ohio appearance to the trek.

Back from the Dead is currently available worldwide on all distribution sites.

“The album has been very well-received,” says Catfish Walkin’, who has the kind of distinctive delivery for which Bone Thugs is known, in an email exchange. “Back from the Dead is the type of album that you can put on and play from start to finish and then do it all over again.