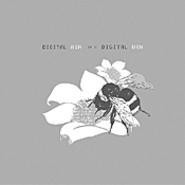 There's a famous line uttered by Ethan Hawke's character in Reality Bites: "The only thing you have to be by the age of 23 is yourself." Winona Ryder's character Lelaina dutifully retorts, "Yeah, well, I'm not sure who that is anymore."

The musical equivalent of this dichotomy between self-assurance and insecurity just might be Bright Eyes. The Omaha group existed as an underground outlet for 24-year-old Conor Oberst's precocious musings until 2002's Lifted or the Story Is in the Soil Keep Your Ear to the Ground. A sprawling album brimming with jovially orchestrated campfire tunes, it sent Oberst rocketing into the world of New York Times profiles, saddled with the tag of being the MySpace generation's Dylan.

Based on its title, it would be an obvious conceit that Morning -- the first (and better) of two separate albums Bright Eyes is releasing -- represents a new beginning for Oberst's songwriting. But if anything, Morning is a retreat from the mythology created by the precious metaphors and overstuffed songs of Lifted -- i.e. , Oberst finding solace in the familiarity and simplicity that made his early recordings so searing.

This translates into an affecting album rooted in folksy alt-country. While no less lush in spots than Lifted -- courtesy of trumpets, keyboards, and big group sing-alongs -- Morning feels more intimate and less crowded. Sedate pedal steel and mandolin bend around acoustic guitar here and there, and Emmylou Harris adds her majestic twang to three songs, including the Gillian Welchlike "Land Locked Blues."

The immediacy and personal connection afforded by Morning's warm instrumentation are lacking on Ash -- due not only to weaker songs, but in the way Oberst allows sonics to undermine the strength of his thoughts. Even when trying to reconcile swagger with uncertainty -- as when he shyly offers such lines as "I mean, I really think you like me" -- there is real power in the way he's confident enough to acknowledge and embrace his "Aw, shucks" vulnerability.