Cities & Coasts and Dan Miraldi and the Albino Winos to Reunite to Play CODA on Dec. 27 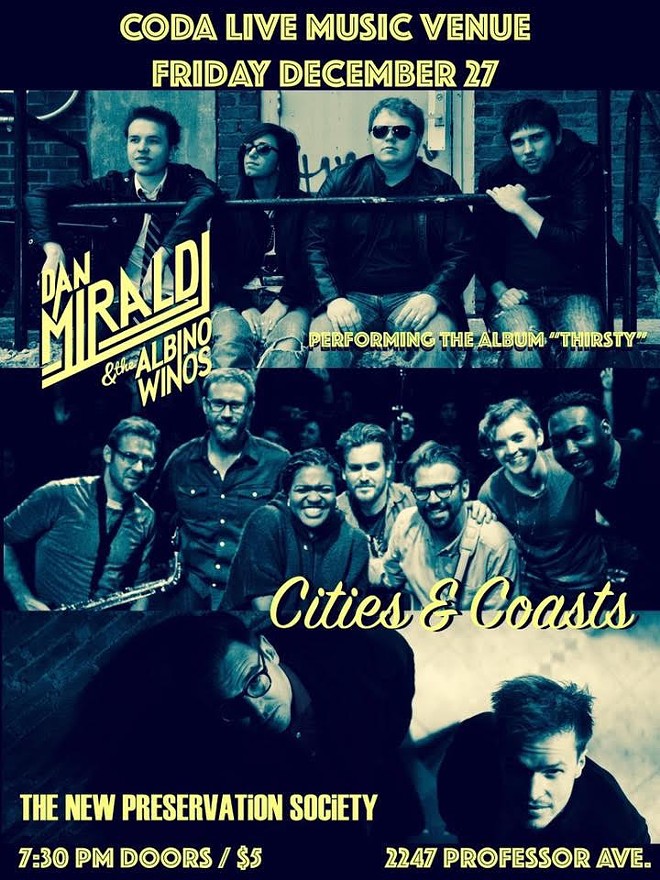 Two Cleveland expats, singer-songwriter Nathan Hedges and Dan Miraldi, will return to town to perform on Friday, Dec. 27, at CODA in Tremont.

In addition, the bill will feature Miraldi’s and Hedges’ early Beatles-inspired pop-rock band the New Preservation Society, a group that’s released four singles this year and has an EP ready for release in 2020.

For the first time in nearly two years, Hedges will perform with his garage-surf rock project Cities & Coasts. The group features a rotating cast of local musicians and will feature local guitar hero Ray Flanagan and Welshly Arms’ Mikey Gould.

Not to be outdone, Miraldi will reunite with his touring band, Dan Miraldi & the Albino Winos. The classic lineup featuring Sarah Luffred, Alex Bowers and Joe LaGuardia toured nationally from 2011 until 2014 when Miraldi move to New York. Since then, the band has only reunited a handful of times. The CODA show will mark the tenth anniversary of Miraldi’s debut album, Thirsty. For the first time ever, the group will perform the album in its entirety.