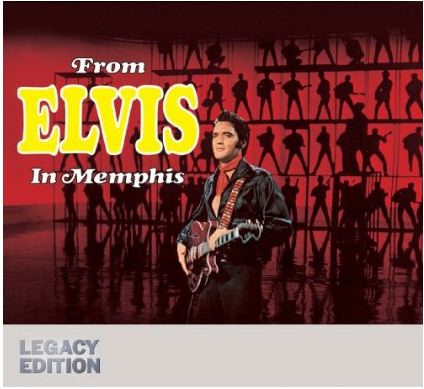 Ernst Mikael Jørgensen knows his Elvis Presley history. He can tell you about the quality of the home recording of “Baby What You Want Me To Do.” He can explain why “America the Beautiful” was erased from the Graceland sessions and speculate on the likelihood of previously unreleased Sun Studios material ever seeing the light of day. In other words, he’s the perfect person to oversee an Elvis Presley reissue (and he’s worked with RCA on a number of them). As the producer of the just-released From Elvis in Memphis: Legacy Edition, he hunted down everything from those early 1969 sessions that took Presley back to his Memphis hometown for his first significant recording there in 13 years.

“The challenge is always with technology that gets more and more complicated,” he says, adding that he had to search through 5,000 tapes to put together From Elvis. “You want to replicate these original masters even better. When [Legacy A&R rep] Rob Santos said, ‘We should have the original singles in mono.’ I went like, ‘Where are those tapes?’ We had to dig for them. Of course, everything should be in a vault, but everything isn’t in a vault. A mono back then was a conscious effort to create a sound. It would have been interesting to go back and ask the producers and engineers in detail what exactly they did. Forty years later, that ain’t gonna happen.”

The remastering, however, sounds spectacular: “Stranger in My Own Home Town” retains its harsh blues sound and “In the Ghetto” has a gentle power to it. Backed by the studio band informally known as the Memphis Boys, Presley sounds reinvigorated. The two-disc collection also includes 10 mono singles.

“I think the album cuts on From Elvis in Memphis are very much underrated,” says Jørgensen. “It’s fine that you know ‘In the Ghetto’ and ‘Suspicious Minds,' because pretty much everyone does. But the true beauty of Elvis sitting at piano and hammering out ‘I’ll Hold You in My Heart’ and the drama of ‘Long Black Limousine’ or the fun of ‘After Loving You’ or the blues of ‘Stranger in My Own Hometown’ is just as important. I can see the difference between the hits and non-hits. But that doesn’t matter today. Today, it’s important that there are all these other gems.”