A local label signs to Universal.

Send a News Tip
Beyond the Sea

Walter Novak
Masked musos: Los Straitjackets, rocking in the new year at the Beachland.
Rust Records has signed a six-album deal that makes the Cleveland-based label a boutique imprint of Universal, the largest of the four major-label music groups. The labels plan to release all six discs, including albums from three regional bands, in 2005.

"It's an experiment," says A&R rep Corey Roberts, who works out of Universal's New York City headquarters. He became aware of Rust when SoundScan registered around 5,000 copies sold of Youngstown-based Cherry Monroe's self-titled debut, released last October. "Like any other thing, the deal can fall by the wayside, but if it's successful, it can be in place for years to come."

Universal will push an expanded, repackaged rerelease of the Cherry Monroe disc in early 2005, effectively placing the rock band on the major label. The deal gives Universal the option to sign and promote other Rust acts.

The other five albums in the deal are slated for release via Fontana Distribution, a new arm of Universal established to circulate music from independent labels. Following an industry trend, Rust's arrangement with Universal allows new acts to develop without creating expensive long-term obligations.

Rust's acts include Pittsburgh's the Yards, Brooklyn's the Everyothers, Sweden's Strip Music, and an unnamed local group in the process of extricating itself from another major-label deal.

"We hope to help grow the scene," says Rust owner Ken Cooper, frontman of Dear Violet and formerly of Sinomatic, which signed to Atlantic in the mid '90s and toured with AC/DC. "We help the bands grow, and once they put up the numbers, we have the ability to get a deal with any of the 10 Universal labels."

· Following a "nasty-gram" (read: cease and desist order), from the legal representation of Mississippi's Buffalo Nickel, Cleveland's Buffalo Nickel has changed its name to Buffalo Rose. Just under a year old, the classic rock band features Steve and Larry Sanders, who played in the legendary 1970s Akron band the Lime.

· Cleveland mix-maestro Mick Boogie spins his first Gund Arena gig before the Cavaliers game on Saturday, January 8. The hip-hop DJ will also warm up the crowd on January 26, February 8, March 8, April 5, and April 14.

· Reality show Axe to Grind will film a pilot episode at a Tuesday, January 11 concert at the Agora. The show, which follows Jon Hill of Cleveland's Hill Guitars as he creates custom instruments, is compared by its producers to the small-shop drama of American Chopper. The concert will feature Michael Stanley, the Billy Morris Band, the Swim, the Armstrong Bearcat Band, SNC, and the Bad Boys of Blues -- and all of them, of course, will wield Hill Guitars. The producers hope to find national distribution. 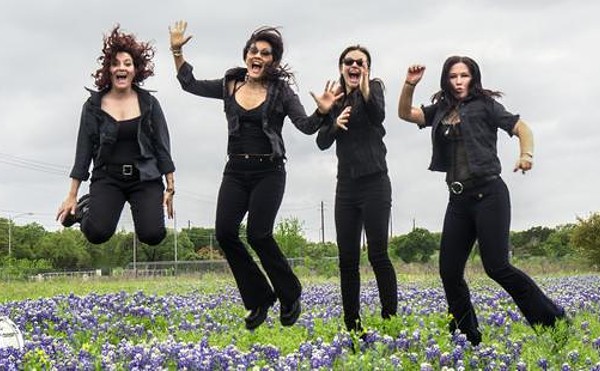