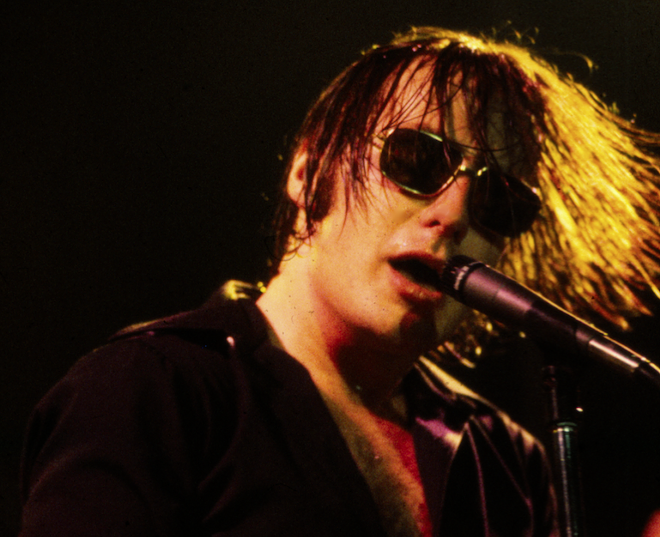 Anastasia Pantsios
Southside Johnny.
Southside Johnny & the Asbury Jukes have always had a huge following in Cleveland. They regularly played at the Agora Theatre n the 1970s, and one particular concert that took place in 1977 aired live on WMMS.

Cleveland International Records has just announced that it’ll release that recording on CD in June and on vinyl later in the year. The new release will be Cleveland International’s second release in the CLE Rocks Series: Live from the Rock & Roll Capital of the World series. The first was the Georgia Satellites' LP Lightnin' in a Bottle, a live album recorded at Peabody's Down Under in 1988.

The Southside Johnny performance at the Agora was the group's second outing at the venue in less than a year. Songs like “I Don’t Want to Go Home,” Springsteen’s “The Fever,” “Havin’ a Party” and “Without Love” were already favorites with ahead-of-the-curve Clevelanders thanks to support from DJ Kid Leo and WMMS. In the new liner notes, Steven Van Zandt refers to WMMS as “one of the most important radio stations in history” and Kid Leo as “one of the most important DJs in history.”

The set also includes “Say Goodbye to Hollywood,” a tune featuring singer Ronnie Spector. As a special bonus, Spector joined Southside Johnny on stage at the Agora to perform the Billy Joel tune. Spector had joined the group in the studio when recording the track and came to Cleveland to share the stage with the band.

“Ah, yes…1977 — back when we were young and beautiful,” says Southside Johnny in a press release about the album, which is due out on June 3. “Well, at least Ronnie Spector was beautiful. We had a great show in Cleveland as usual, and Ronnie was spectacular. We may have been a little raw, but man, were we enthusiastic. It was a fun evening, and I hope you enjoy it as much as we did. I loved working with her, and it was a thrill getting to sing with one of your vocal influences. And yes, she was an influence. Her vibrato was something I stole to use in certain songs. Of course, once she walked on stage I was dead meat! The Jukes and I loved what [Cleveland International Records owner] Steve Popovich and Cleveland International were doing back then as a label, and I love that they’re now getting this live show out there for all to hear as part of the CLE Rocks Series.”

"Southside Johnny & the Jukes are part of the musical fabric of Cleveland's legendary rock scene,” says Steve Popovich, Jr., who currently runs the label his father launched. “The whole purpose behind this live series was to unearth some of the best live shows from Cleveland's past as a testament to why Cleveland was and is the rock capital of the world. This show is pretty personal for me. It was recorded right around the time my father launched Cleveland International Records after leaving CBS/Epic Records and having just signed Ronnie Spector and released her first single, 'Say Goodbye to Hollywood,' on the label.”