Local group produced and mixed the release itself 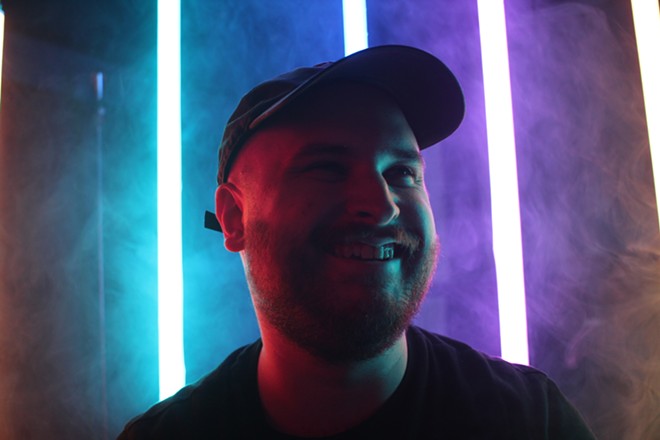 Courtesy of the Blue Winter
The Blue Winter.
When he was first learning to play guitar, the Blue Winter’s Aaron Troyer
started listening to Led Zeppelin, and that proved to be a formative experience.

“I remember taking guitar lessons and thinking, ‘If I could do guitar stuff like that, that would be the greatest,’” says Troyer, who currently teaches guitar lessons at OTW Music in New Philadelphia in addition to fronting the Blue Winter, which just dropped its second LP, Volume 2. The group has also released a lyric video for the poppy first single, "Never Look Back." “I would try to learn every Led Zeppelin song that I could get my hands on. The music I listened to while growing up ended up being what my parents listened to. It changed when I started finding music that I liked and was just for me. That was a big turning point for me.”

For several years, Troyer played in the band Come Wind. That group toured the region until it dissolved in 2017. He and drummer Ben Roth would form the Blue Winter in the wake of its dissolution.

“We loved [Come Wind], but it had taken its toll,” says Troyer. “I love writing songs. There’s something so inherently cool about what a song can do for people that other forms of entertainment can’t do. I love that stuff. Because of that, me and Ben really wanted to do a project that was a little different from Come Wind.”

Trover wrote about 30 songs and then selected the songs from that pool that would wind up on Blue Winter's  first album, Volume 1, which it released in 2018. Health problems forced the group to take a short break. But last year, they started working on the follow-up to their debut. This time, they decided to produce and mix the record themselves at their own newly opened studio that’s located next door to the place where Troyer teaches guitar lessons.

“We sent the first record to other people to mix and master,” says Troyer. “We mixed and produced every song on this new album. We had some other people do the mastering, but everything on this record is the real sound. There are no modern tricks. If you hear a drum, that’s what the drum sounds like. There are no fake drums. I wanted it to be super authentic. I’m pretty thrilled.  I told someone the other day that it’s very strange mixing your own stuff because you hear every little detail that no one will even care about. It’s hard to know when you’re done. I could mix and produce and add things and subtract things for the next year and not be satisfied. Overall, I’m thrilled with how the songs came out. By expanding my skill level, it opened the door to doing more layers.”

Troyer says he’s continuously writing songs and has started ruminating about the next album. He anticipates a couple of new singles will come out early next year prior to its release.

“Limiting resources can lead to being more creative,” he says. “What’s crazy about modern music is that I can have millions of sounds at my fingertips, but I am thinking about doing an album where I can choose ten instruments and those are the only sounds. I think that would force me to be more creative. I’d be limited but forced to find a way to make it sound cool. I already have it in my mind what instruments I’d like to use.”