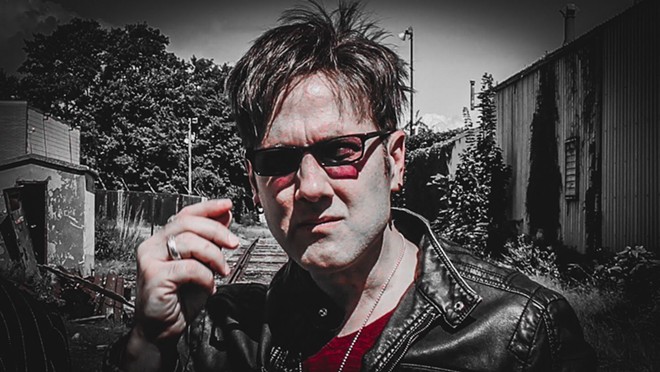 Hager began playing guitar and keyboards at the age of 8, shortly after his mom passed away from diabetes and heart disease. Hager, who studied music at community college before attending Berklee College of Music in Boston, then started writing songs, recording them on portable cassette players. He gave up music briefly to study computer programming and has held several IT jobs since.

In 2003, he joined the local glam band Vanity Crash and stayed with them for several years before forming his own glam rock band, the Chromes, in 2012. He also performs as one half of the art rock duo Infinite Twelve and has performed, toured and recorded with local blues artist Travis Haddix since 2008, serving as producer on several of Haddix's albums.

He has released five singles since 2019.

An album release party that takes place on April 22 at CODA in Tremont will also feature Infinite Twelve and Vanishing Shores. Hager's unique live performances mix acoustic guitar with electric guitar as Hager records loops on the fly while playing additional guitar and singing over those loops.