Group will open for the Boys from County Hell 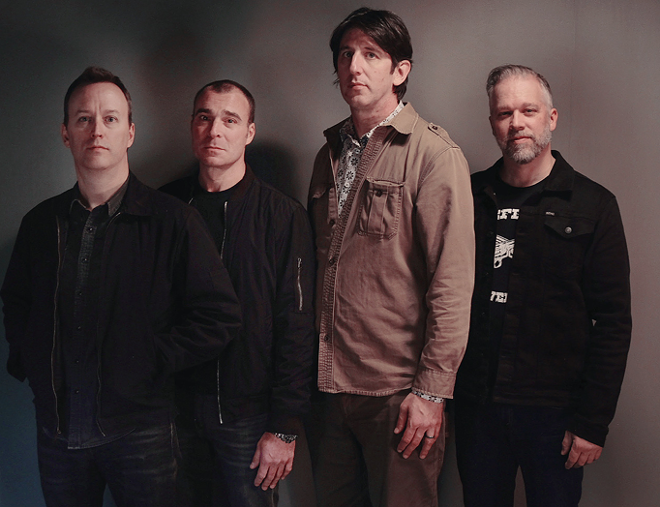 Courtesy of Doug McKean
Doug McKean and the Stuntmen.
Local singer-songwriter Doug McKean will debut his new band, the Stuntmen, next week when the group opens for the Boys from the County Hell on Friday, Dec. 23, at House of Blues. The band features Bobby Latina (Jack Fords, Cowslingers) on guitar, Andy Leach (the New Soft Shoe) on bass/vocals, and 2012 Scene Best Musician Award winner Brent Kirby (Jack Fords, the New Soft Shoe) on drums/vocals.

McKean has released several singles since the 2020 release of his latest full-length, The Second Golden Age of Piracy, and the band will play several of the newer numbers while also drawing from McKean’s back catalog of five solo records.

“The best way to get this off the ground was to focus on the rock songs to start off, so that’s most of what you can expect. But Brent and Andy are such great singers and the level of musicianship is so high with these guys that I feel like the sky’s the limit as far as where it can go from here,” says McKean in a statement.

The Boys from the County Hell have been playing an annual show on Dec. 23 since the mid-aughts. McKean will join them for their set featuring Pogues songs and a few choice "Pogues-adjacent" covers.

“It’ll be great to be performing on Dec. 23 again after the pandemic disrupted the last couple years,” says Boys guitarist Chris Allen. “I’m looking forward to seeing what Doug’s new band brings to the stage.”

Tickets for The Boys from the County Hell and Doug McKean and the Stuntmen concert at House of Blues are on sale now.