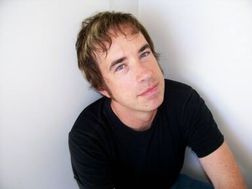 He and his band — bassist Teresa Cowles, drummer Jon Braun and keyboardist Charlie Zayleskie — played “My Pain,” the weather-appropriate “Grateful for the Rain” (which showed off Marsland’s knack for writing a pop tune you feel like you’ve known all your life) and “December 24,” co-written with Cowles. She also shared lead vocals on the song.

A request from an audience member yielded an older tune, “Ludlow 6:18” — originally by Marsland’s old band Cockeyed Ghost. And he put one of his primary influences on display with covers of the Beach Boys’ “Don’t Worry Baby” and set-closer “Good Vibrations.” The band’s comfortable four-part harmonies perfectly fit the songs.

With a short gap in their east-coast tour, Marsland and his band will be spending a couple of days in Cleveland, knocking out yet another album that he describes as “my loud punk record — people who like my music will hate it.” He’s got a session booked at Bill Korecky’s Mars Recording to lay down a batch of tunes he’s dashed off in the past few days.

“This is going to be my angry, bitter record,” he says, at least somewhat tongue-in-cheek. “I’ve realized I don’t have to be polite to anyone anymore.” —Anastasia Pantsios