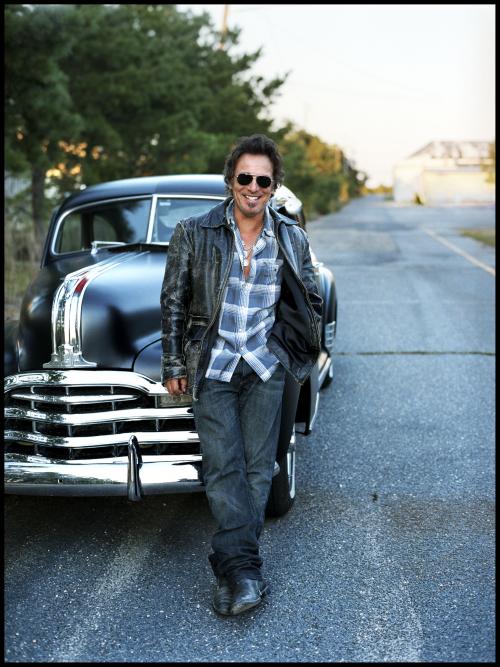 Scheduled to start at 7:30 p.m., Bruce Springsteen and the E Stree Band didn't come onstage at Quicken Loans Arena until 40 minutes later. But when you’re the Boss, you can show up for work whenever you want.

And it’s not like Springsteen didn’t deliver, opening with the defiant “Wrecking Ball,” which he adapted for the audience, changing a lyric about New Jersey’s Meadowland to reflect the fact that he was in Cleveland where the Cavaliers play. He followed with “Prove It All Night” and “Hungry Heart,” tunes that had Max Weinberg hammering away at his drum kit like he was 20 years younger.

Though Springsteen’s mid-song evangelical routine couldn’t quite redeem the forgettable “Working on a Dream,” he got back on track when he introduced his 1975 album Born to Run as what became the start of a “lifelong conversation” with his fans. “This is for you,” he said as he picked up his harmonica for the intro to “Thunder Road,” the album’s first song.

While some of the jazzier moments (even the Clarence Clemons’ sax solo in “Jungleland”) sounded a bit dated, the album held up well, and when the arena lights were turned on for its title track, you could see the audience was with Springsteen every step of the way.

Though he segued from Born to Run into the rather vapid “Waitin’ on a Sunny Day,” where he invited a couple of children from the audience to come onstage and singalong, Springsteen got back to the hits with “Pink Cadillac” and “The Rising,” his post-9/11 tune that has become every bit an anthem as his older material.

A rousing rendition of “Badlands” had the audience chanting in unison, and a sped-up version of “No Surrender” hit the mark too. While the covers of “I Can’t Help Falling in Love” and “Higher and Higher” were rather rote choices for the encore, they did help bring the three-hour concert to a festive conclusion. —Jeff Niesel