Concert Review: Cracker at the Beachland, 8/28 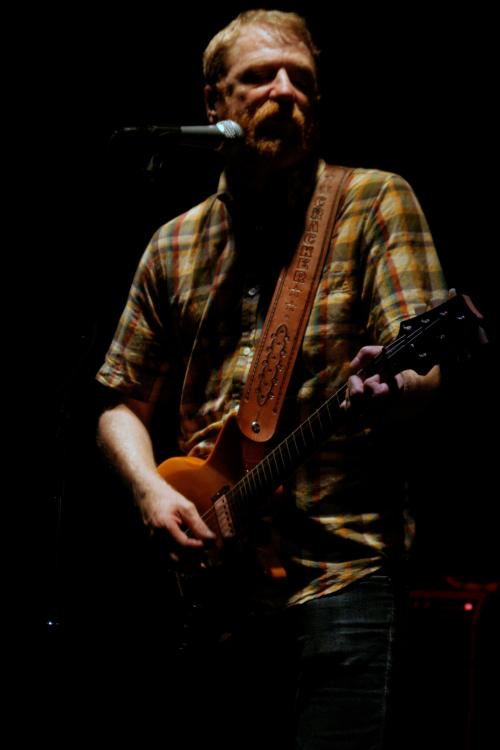 Back in the mid-’90s, when Cracker was delivering one alt-rock radio hit after another, it attracted a crowd of backward-baseball cap wearing dudes who’d be just as happy pumping their fists to some Soundgarden song as they would to Cracker’s sardonic “Teen Angst.”

Fifteen-plus years down the road, the band now attracts a more sophisticated audience (though I did spot one douchebag with his hat on backward) with its wide-ranging repertoire. Sure, the band trotted out ’90s hits like “Eurotrash Girl” and “Low” during its two-hour set at the Beachland Ballroom last night.

But those songs sounded surlier and edgier in the capable hands of singer-guitarist David Lowery, who’s blossomed into a cantankerous old man (his beard makes him look like he just came down from the mountains). He and guitarist Johnny Hickman are all that’s left of the original band, but they've kept the group’s identity intact and even released a solid new album, Sunrise in the Land of Milk and Honey.

New songs like "Friends,” originally a duet with Drive-By Trucker Patterson Hood (Hickman sang Hood’s parts), and “I Could Be Wrong, I Could Be Right” had that alt-country sound the band has always cultivated.

“Wilco wanted to be like Cracker, but they were too weak,” slurred one intoxicated fan standing next to me. While that might not be entirely true, Cracker did play with a kind of vigor that belied their small-hall status.

The group closed the show with two encores and then retreated to the lobby, where band members signed merch and met their fans. —Jeff Niesel