Six Concerts to Catch This Weekend 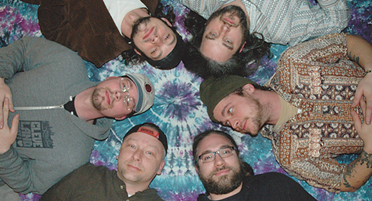 Courtesy of the Mucklebuck
FRIDAY, JAN. 8

Having become a staple of the local jam circuit, the Mucklebuck announced with a heavy heart that tonight will be their last show. With some band members literally moving and other moving toward solo projects, the time has come to call a hiatus. “The world is moving some of us in different directions, and unfortunately we’re just not going to be able to keep The MuckleBuck moving forward in a way that we feel the band deserves,” the band wrote last month. Still, they’re going to bring the heat tonight, as they’ve done for years. Their ability to stitch together layers of danceable grooves has cultivated a fervent fan base. Let’s send ‘em off with that classic Cleveland love, everybody. (Eric Sandy), 8 p.m., $10. Beachland Ballroom.

As a way of nurturing and supporting the talent native to Northeast Ohio, the folks at the concert promotions behemoth Live Nation devote what is traditionally a slow time of the year for concerts to this annual event, a battle of the bands that pits high-school bands against one another in a competition to crown one final winner the best high-school band in the land. Last year, the event returned to the Rock and Roll Hall of Fame where a handful of bands battled it out each weekend before one winner was crowned in the Final Exam. This year, the event will also take place at the Rock Hall. Every Saturday in January (and one Saturday in February), regional bands will compete before a panel of judges for the right to move on to the "Final Exam," which takes place on Feb. 13 at the Rock Hall. Now in its twentieth year, the event will also feature special appearances by alumni acts who'll perform at the end of each round. (Niesel), 6 p.m. Rock & Roll Hall of Fame and Museum.

Local singer-songwriter Terry Lee Goffee does the best Johnny Cash impersonation in town. For years, he's toured regionally behind a successful tribute to the Man in Black that includes tracks such as "25 Minutes to Go" and "Delia" as well as more obscure numbers such as "Legend of John Henry," which clocks in at over 8 minutes long. When the makers of Guitar Hero 5 needed a guy to portray Cash, they chose Goffee. He's got the man's moves down. His January show at House of Blues is an annual tradition. Should be a blast. (Niesel), 9 p.m., $10 ADV, $12 DOS. House of Blues.

After a successful show at Daryl's House, the popular music program hosted by Hall & Oates' Daryl Hall, the Bob Seger tribute band Hollywood Nights were invited back and will perform there again this month. This 10-piece act reportedly sounds "as good if not better than Seger himself." The band normally plays large outdoor festivals such as Lock 3 in Akron and this will be its first winter time visit to Cleveland. (Niesel), 8 p.m., $15 ADV, $18 DOS. Music Box Supper Club.

Canton native Michael Sonata has always been involved in plays and choirs and was a member of the University of Notre Dame Glee Club. In 2004, he auditioned for a role in a Sopranos spoof that required a character based on Frank Sinatra. Sonata got the part and has been imitating Ol’ Blue Eyes ever since. He includes some 90 songs in his repertoire and covers all eras, including the Columbia years and the Capitol years. He even takes requests from the audience. (Jeff Niesel), 8 p.m., $8 ADV, $10 DOS. Music Box Supper Club.

After starting up in January 2014 in Akron, Three Legged Chair has been throwing down high-energy sets across Northeast Ohio. Their August 2015 EP — recorded in 18 hours in Columbus — dishes up some fine garage rock, the sort of thing that gets your head bobbing and your toes tapping. Tunes like “Don’t Knock Twice” and “Hoods and Hounds” bring distorted heat to pulsing rhythms and a clear passion for performing music. The band cites Cage the Elephant, Arctic Monkeys, Weezer and The Strokes as their stylistic influences. (To our ears, we’re picking up a good deal of the Monkeys’ Alex Turner, which is always a fun sign.) (Sandy), 8 p.m., $6 ADV, $8 DOS. The Kent Stage.