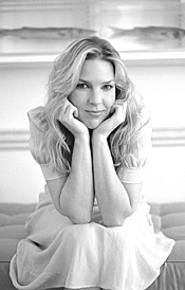 Diana Krall
Pre-Norah Jones, Canadian crooner Diana Krall nailed the sound of consenting adults luxuriating in a privileged mental space of svelte sophistication on her debut, The Look of Love, an easy-riding pop-jazz confection. Krall's new album, The Girl in the Other Room, nails something else: her attempts -- with new husband Elvis Costello -- to make music perfect for entertaining in their New York apartment. As such, it's kind of a snooze. Half of Room's 12 tunes are Krall-Costello co-writes, including one called "Abandoned Masquerade," which we won't quote, out of respect for, well, lyrics as a concept; the title track is better, because Anthony Wilson's guitar shimmers like Chardonnay. But even the good stuff here lacks Love's breezy sensuality, the seductive sheen that made us miss the shit out of Banana Republic two years ago. Looks like Costello made off with more than Krall's party dress.