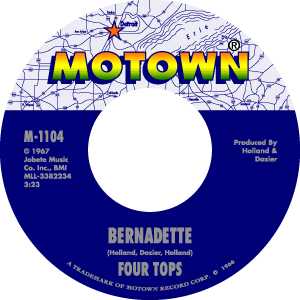 Motown’s been on people’s minds a lot lately with the recent death of Michael Jackson. The legendary Detroit-based record label launched Jackson and his brothers to fame in 1969 as the Jackson 5.

In honor of the 50th anniversary of the label whose smooth, urbane version of soul music dominated the charts in the ’60s, the Rock and Roll Hall of Fame and Museum is dedicating a weekend of special activities to the label which produced 14 Rock Hall inductees, including Stevie Wonder, Marvin Gaye, Berry Gordy, the Isley Brothers, Gladys Knight and the Pips, the Temptations, Smokey Robinson, the Supremes and the Jackson 5.

Curator Howard Kramer will talk about the items in the exhibit from 2-3 p.m. Friday and noon-1 p.m. Saturday in the Main Exhibition Hall. Throughout the weekend, induction footage of Motown artists will be screening continuously in the Main Exhibit Hall Theater. There will also be live Motown-style entertainment on the lobby stage Saturday and Sunday.

Two-day passes to the Rock Hall will be available for $33. (Regular admission is $22, or $18 for Greater Cleveland residents with ID.) In addition, if you take in one of the Indiana-Detroit Tigers games at Progressive Field July 31-August 2, bring your game ticket and get a $2 discount on a single-day admission to the Rock Hall. —Anastasia Pantsios