Echosmith Headed to Beachland in October 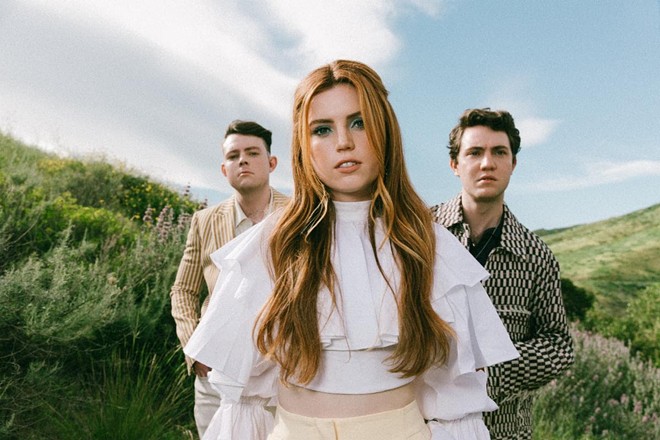 Nightdove Studio
Echosmith.
Following the release of the new single “Hang Around,” the multi-platinum alt-pop trio Echosmith has just announced the dates of a fall tour that includes a stop at the Beachland on Oct. 25.

The tour announcement comes as the band’s triple-platinum hit “Cool Kids” is trending on TikTok, with nearly 1 million videos made in just the past week.

“Hang Around” was written solely by the band and was self-produced by Noah Sierota with assistant production from former band member Jamie Sierota.

"Re-discovering the joy of making music together as siblings and inspired by their life experiences over the past few years that have brought personal growth and newfound independence, Sydney, Noah, and Graham Sierota are in full creative control and gearing up to release more music this year," reads a press release.

“This whole new era is based on being completely honest about who we are," says singer Sydney Sierota in that press release. "We gave ourselves permission to explore and be creative in a way that we’d never been before, and to write without worrying about being the most perfect, clean versions of ourselves. We are so excited for this tour and to play new music, and we can’t wait to see everyone."

An artist presale begins tomorrow, and tickets to the Echosmith concert at the Beachland go on sale to the general public on Friday.