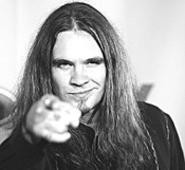 Getty Images
Harold "Bo" Bice: The bastard child of Kid Rock and Molly Hatchet.
Just what has become of American Idol? It began as a sweet Cinderella story, a chance for an anonymous nobody with a little singing ability to become an omnipresent somebody with a million-dollar recording contract. But the good clean fun of watching amateurs fail or triumph in front of a live television audience, celebrity guest judges, and storied session bands is now a memory. Season Four shed all pretense of G-rated TV, portraying instead a more realistic reflection of the music industry. Complete with shrewd entertainers, Pygmalion producers, and yes, even a casting couch, this season's AI offered plenty of sex, drugs, and rock and roll.

Blame it on the age limit being extended to 28. Seasoned performers who previously might have sneered at the bubblegum program ditched their anonymous bar bands in favor of wooing a built-in audience of millions. These contestants have also enjoyed the benefit of carefully scrutinizing three previous seasons, learning precisely how to work their demographic.

And as the face of the show has gotten older, it has also become jaded. Just two seasons ago, Frenchie Davis, a serious belter from Washington, D.C., was banished from the program after it was learned that she had posed nude on the internet. That same season, Corey Clark was kicked off for not disclosing an assault arrest. But because this year's bad boys, Bo Bice and Scott Savol, were upfront about their raps -- drugs and domestic violence, respectively -- they remained free to pursue the crown of America's idol. Both had the charges reduced to lesser offenses, but AI is beginning to look more like the NFL every day.

Long gone are the days of squeaky-clean contestants like Kelly Clarkson, Clay Aiken, and Josh Gracin. Scandal rules the day -- and the ratings as well. Now that the season has reached its finale, we look back at the year that was and recap the most successful contestants -- whom you'll undoubtedly see more and more of in upcoming months, thanks to solo albums, American Idol tours, and records. What ultimately becomes of these people should be dissertation fodder for some time to come.

Carrie Underwood
Age: 21
Hometown: Checotah, Oklahoma
Background: This country girl knows who she is. Though her rich voice and Patsy Cline yodel are best suited for Nashville, she has enthusiastically and successfully applied her personality to disco and rock. With her Ivory Soap image and Reese Witherspoon looks, she was never among the bottom vote-getters. But do we need the musical equivalent of a Stepford Wife diluting our already homogenized airwaves?
Simon's Nastiest Comment: "That was mind-numbingly boring, like a 1965 laundry-powder commercial."

Harold "Bo" Bice
Age: 29
Hometown: Helena, Alabama
Background: The first authentic rocker to crack the top five, Bo wears his southern-fried heart on his fringed suede sleeve. Like some bastard child of Kid Rock and Molly Hatchet, Bice shoots loads of blue-eyed soul into ballads and rockers that, according to Simon Cowell, render the other contestants mere amateurs.
Simon's Nastiest Comment: After Bo expertly delivered "Free Bird," Simon scoffed, "I think a lot of people are going to look at that and say, 'What the hell was that?'"

Anthony Fedorov: The baby-faced Ukrainian singer was the last holdout from the Cleveland auditions. That his lackluster performances survived the lash of Simon's cat-o'-nine-tongues is something of a miracle. Case in point: "We saw 100,000 people for this competition, and this is what we end up with? Add that to 'hideous,' 'excruciating,' 'insipid,' and 'That was like Woody Allen trying to play the lead in Shaft!'"

Scott Savol: Despite Paula's cheerleading, Shaker Heights native "Scotty the Body" fell flat vocally and lacked overall charisma. Simon, of course, had little trouble dismissing him: "If I'd have been sitting in a karaoke bar, I'd have shut off the microphone."

Constantine Maroulis: This year's elimination shocker, the foxy singer of N.Y.C. metal band Pray for the Soul of Betty delivered rippin' renditions of tunes by Prince, the Partridge Family, even Queen. In the end, karate kicks, tongue-wagging, and come-hither looks weren't enough to get the "Smoldering Idol" through.

Anwar Robinson: The pretty, dreadlocked voice teacher could sing like Stevie Wonder and turn even the stalest of jazz standards into showstoppers. Though the judges consistently cited him as "technically the best singer in the competition," America didn't dig his old soul and sent him packing in favor of stunningly lesser singers.

Jessica Sierra: The husky-piped blonde with hillbilly-porn-queen looks seemed better suited to Jerry Springer than American Idol. Simon: "You don't have the likability factor the other contestants do."

Nadia Turner: This beautiful Bride of Funkenstein had big hair, a big voice, and, if her song selection is any indication, big balls. Though Simon dubbed her the antidote to karaoke hell -- and a steak in a competition loaded with hamburgers -- she was just too original for Middle America to grasp. Who says originality pays in this competition?